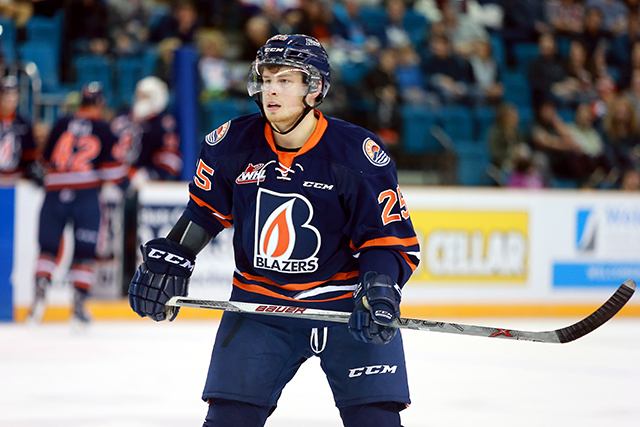 Kamloops, BC – The Kamloops Blazers have traded 19-year-old defenseman Cam Reagan to the Prince Albert Raiders in exchange for a conditional 7th round draft choice in the 2019 WHL Bantam Draft.

“We’d like to thank Cam for his time with the Blazers and wish him the best of luck in Prince Albert,” commented General Manger, Stu MacGregor.

The hockey club has also reassigned 19-year-old forward Matthew Campese. He played 79 games with the Blazers over parts of three seasons.