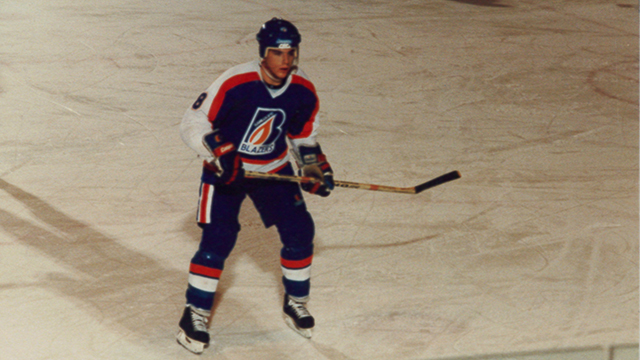 Western Hockey League great Mark Recchi has received his fair share of accolades over the course of a lengthy hockey career and now he can add one more.

Wednesday afternoon, the BC Sports Hall of Fame announced its Class of 2017, with Recchi among those recognized.

A co-owner of the Kamloops Blazers and hometown product of Kamloops, Recchi spent three seasons in the WHL. During the WHL’s 50th season (2015-16), he was voted one of the top 50 players in league history, landing 23rd behind Brad McCrimmon and ahead of Clark Gillies.

Recchi’s greatest achievements as an athlete came throughout a 22-year NHL career in which he won three Stanley Cups as a player on top of skating in seven NHL All-Star Games. On the international stage as a member of Team Canada, Recchi won a gold medal at the 1988 IIHF World Junior Championship and added another gold medal to his collection at the 1997 IIHF World Ice Hockey Championship.

His WHL tenure began during the 1984-85 season with the New Westminister Bruins, in which he skated in four games and earned his first career WHL goal. Recchi followed up by finishing fifth in rookie scoring during the 1985-86 season, posting 61 points (21G-40A) in 72 games with the Bruins. He was then acquired by Kamloops where he played out two more WHL campaigns, collecting 230 points (87G-143A) in 102 games with his hometown team.

The 1987-88 season served as Recchi’s last go in the WHL and his career-high 154 points (61G-93A) left him third in league scoring, good enough for a nod as a Western Conference First Team All-Star. The Blazers lost to the Medicine Hat Tigers in the WHL Championship that season as Recchi finished tied for the lead in league playoff scoring with 31 points (10G-21A) in 17 contests.

Recchi went on to be drafted in the fourth round (67th) of the 1988 NHL Entry Draft by the Pittsburgh Penguins. He was a member of the 1991 Stanley Cup champion Penguins squad before winning his final two Stanley Cup titles with the Carolina Hurricanes (2006) and Boston Bruins (2011). He retired a champion, riding off into the sunset after winning the Cup with Boston.

Recchi’s jersey has been retired by the Blazers and he joined the ownership group of the club in 2007. He is currently a development coach with the NHL’s Pittsburgh Penguins, a position he has held since the 2014-15 season.

Recchi and the rest of the Class of 2017 will be honoured April 12, 2017, at the BC Sports Hall of Fame Banquet of Champions at the Vancouver Convention Centre West.