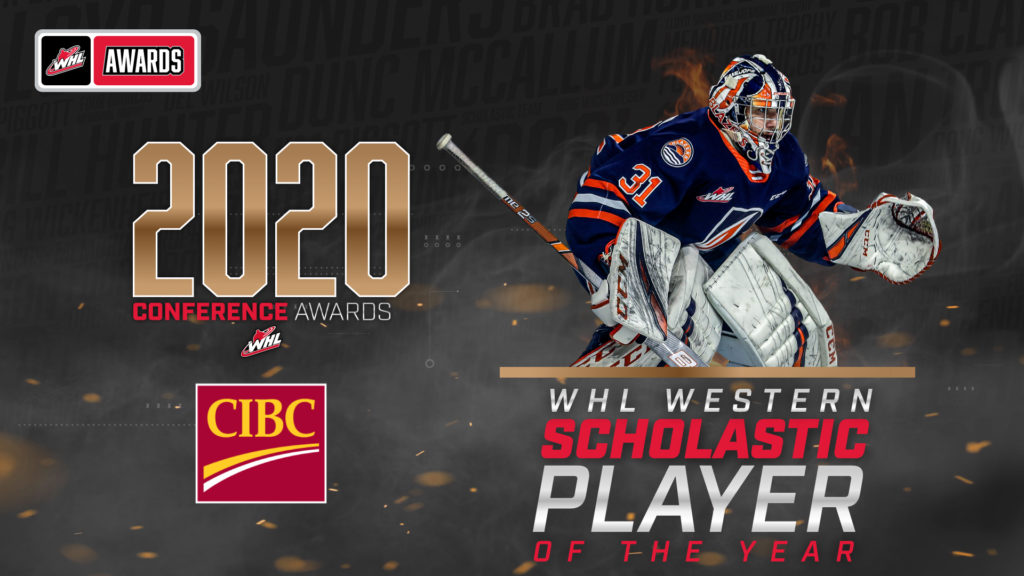 The 17-year-old product of Victoria, B.C. is enrolled at Valleyview Secondary School and has achieved a high academic standing. Maintaining an overall academic average of 96.5 percent, Garand is set to graduate with honours in June 2020.

In his core Grade 12 courses, Garand has maintained a 93 percent average to provide leadership among his teammates in the classroom. In his Grade 11 and 12 years of study, Garand has completed 16 total courses to enrich his academic experience.

Despite a rising profile on the ice, which has commanded his presence at the 2018 World Under-17 Hockey Challenge, 2019 Hlinka Gretzky Cup, and 2020 Kubota CHL/NHL Top Prospects Game, Garand has remained focused on his educational commitments with a proactive approach to learning.

“Dylan is respected by his teammates as well as our staff, both as an excellent academic student and he provides excellent leadership,” said Victor Bifano, Academic Advisor for the Blazers. “He has managed his academics and hockey with a profound degree of maturity.”

The Blazers chose Garand in the third round (58th overall), of the 2017 WHL Bantam Draft. NHL Central Scouting listed Garand sixth among North American goaltenders in their final rankings.

Committed to recognizing academic excellence, the Daryl K. (Doc) Seaman Memorial Trophy for WHL Scholastic Player of the Year is presented annually to the WHL player who has excelled both in the classroom and on the ice during the WHL Regular Season.

One of Canada’s leading hockey philanthropists, the trophy is named in memory of Mr. Doc Seaman, who played a vital role in establishing the WHL’s Education Program. The program ensures players in the WHL can develop their skills on the ice at the highest level without compromising their academic goals. Since 1993, the WHL Scholarship program has awarded over 6,000 scholarships to graduate players, representing an investment in excess of $25 million by WHL Club Ownership.

First awarded for the 1983-84 WHL season, the Scholastic Player of the Year Trophy was named in honour of Daryl K. (Doc) Seaman in 1996.

The recipient of the Daryl K. (Doc) Seaman Memorial Trophy for WHL Scholastic Player of the Year will be announced on Wednesday, May 13.