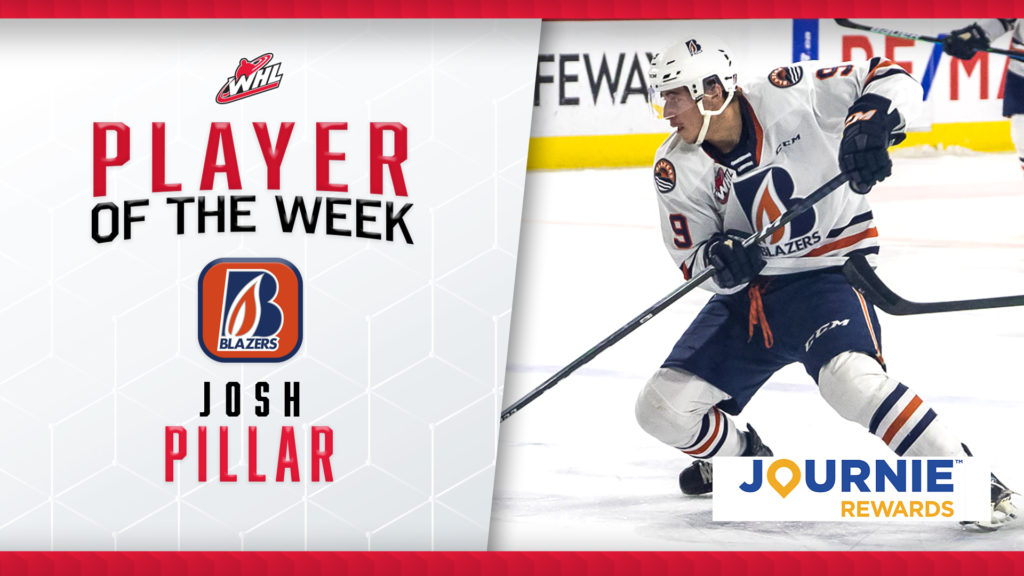 Calgary, Alta. – The Western Hockey League announced today that Kamloops Blazers forward Josh Pillar has been named WHL Player of the Week presented by Journie Rewards for the week ending May 16, 2021.

Pillar, a 19-year-old product of Warman, Sask., recorded six points (2G-4A), in two games played as the Blazers recorded a 2-0-0-0 record this past week in the B.C. Division.

He began his week with a four point effort (1G-3A) Monday, May 10 as his Blazers defeated the Kelowna Rockets 10-2. Pillar set up the eventual game-winner before scoring one of five Kamloops power-play goals 5:06 into the third period. He was named the game’s third star.

Pillar then registered the deciding goal in the Blazers season finale Wednesday, May 12, opening the scoring just under four minutes into the first period in a 4-0 victory over the Prince George Cougars.

The Blazers centre led his club in scoring this season with 29 points in 22 games played, finishing tied for the team lead in both goals (11), assists (18), and power-play goals (five). He recorded multi-point efforts in six of Kamloops’ final ten games, helping the Blazers capture the RE/MAX Cup as B.C. Division champions.