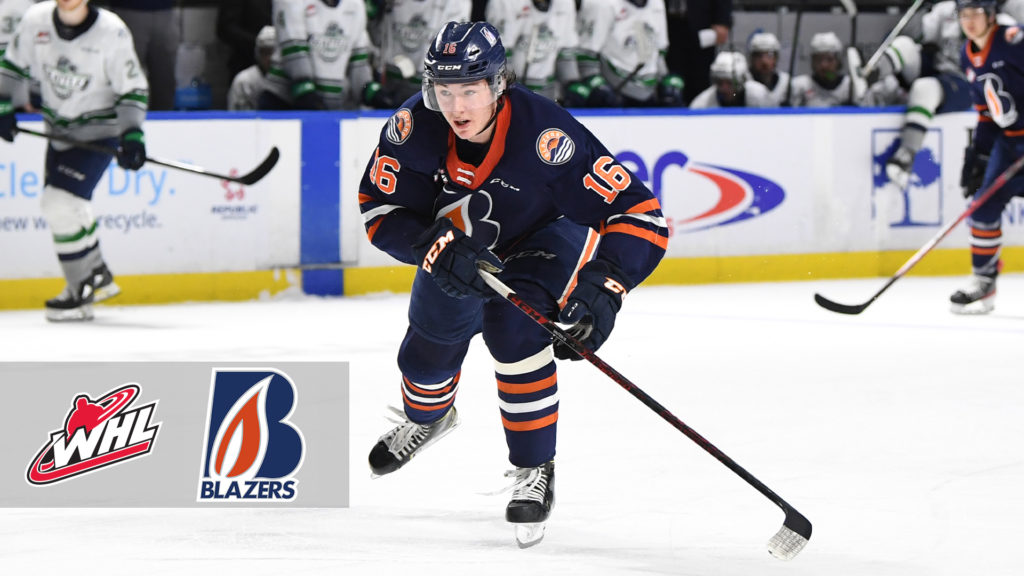 Minten, a product of Vancouver, B.C., was selected by the Toronto Maple Leafs in the second round (38th overall) of the 2022 NHL Draft last week, and now will join 17 other WHL players competing for an opportunity to represent Canada at the 2023 IIHF World Junior Championship, which takes place in Halifax and Moncton from December 26, 2022 through January 5, 2023.

Originally a fourth-round pick (72nd overall) of the Blazers in the 2019 WHL Draft, Minten has skated in 87 career WHL regular season contests, tallying 73 points (24G-49A). In a 17-game post-season run this spring, the 6-foot-1, 185-pound centre added another 16 points (6G-10A) as the Blazers advanced to the WHL Western Championship, falling in Game 7 to the Seattle Thunderbirds.