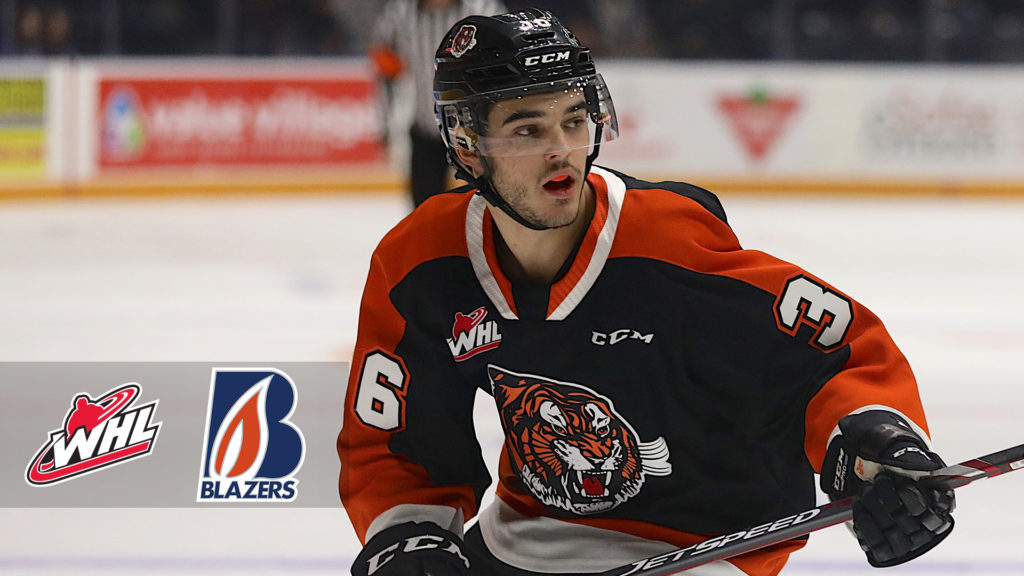 The Kamloops Blazers added forward Nick McCarry to their roster Wednesday, augmenting an offence that scored a B.C. Division-leading 87 goals during the 2020-21 season.

McCarry joins the Blazers after spending the entirety of his WHL career with the Medicine Hat Tigers. The 5-foot-9, 163-pound winger put up 12 points (7G-5A) in 20 games with Medicine Hat during the 2020-21 campaign, helping the Tigers to a second-place finish in the Central Division. Three of McCarry’s goals this past season were power-play markers, while he also found the back of the net once while short-handed.

We have listed 📝 free-agent F Nick McCarry @McCarry_N !
Welcome to Kamloops ☀️ and the 🔥 Nick! pic.twitter.com/fh3uXUWuAv

The 20-year-old product of Calgary, Alta., was originally signed by Medicine Hat in September of 2017. In 104 career WHL regular season games, all with the Tigers, McCarry has amassed 41 points (23G-18A).