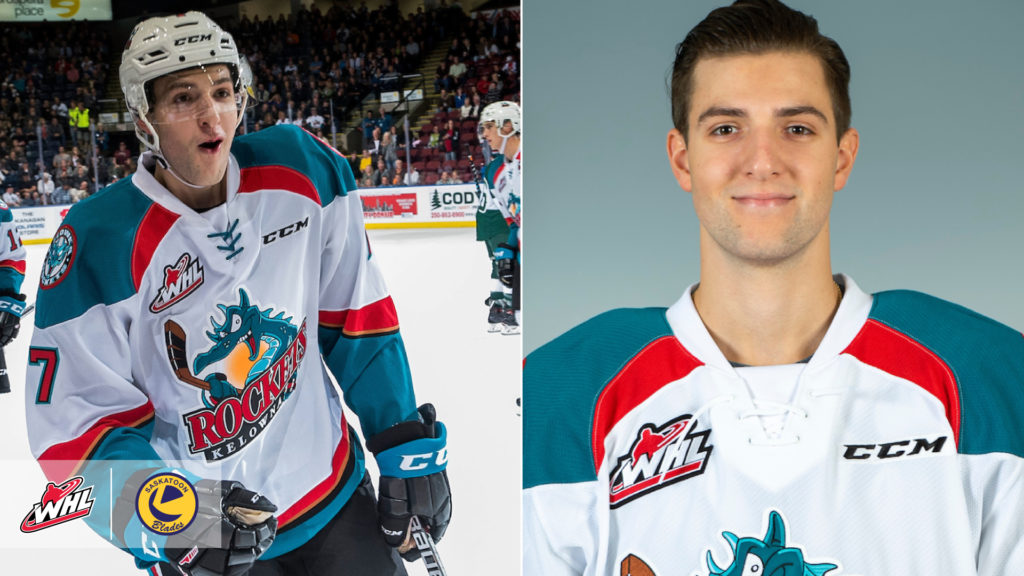 Saskatoon, Sask. – The Saskatoon Blades are pleased to announce the signing of both Libor Zabransky and Radek Kucerik, a pair of Czech defensemen, to Western Hockey League Standard Player Agreements.

“We’re very excited that Libor and Radek have both committed to the Blades by signing their WHL Standard Player Agreements. Both have extensive experience playing internationally for Czech Republic and instantly add depth to our defence,” stated Blades’ General Manager Colin Priestner.

The 19-year-old Zabransky was selected 55th overall by the Blades at the 2019 Canadian Hockey League Import Draft. Previously, Zabransky played in the WHL with the Kelowna Rockets from 2017 until 2019, recording 28 points (4G-24A) in 107 games. He logged an additional 16 points (4G-12A) in 30 games with the Fargo Force of the United States Hockey League in 2019.

“Libor has two years of WHL experience and is a big, rangy, right shot blueliner who can play in all different situations. He captained Czech Republic to a Silver Medal at the Ivan Hlinka in 2017, so we know he has good leadership abilities and his previous experience in North America should make his transition to our team very smooth,” commented Priestner. “His experience will also help Radek along with his transition to the North American game and lifestyle, as they are friends who train together in the off-season,” added Priestner.

Radek Kucerik was selected in the second round, 115th overall, by the Blades at the 2019 CHL Import Draft. His career highlights include winning the Czech U20 Championship with the Brno Comets in 2017-18 and winning Bronze with Czech Republic at the World Under-17 Hockey Challenge in 2017. For the 2018-19 season, Kucerik scored 23 points (6G-17A) in 43 games as captain of the Brno Comets’ U19 side and also played an additional 4 games between the Czech Extraliga & the Chance Liga.

“Radek is a tough, shutdown defensemen, who is a really big kid despite being only 17. He’s a late 2001 birthday who will be in the mix for the NHL draft next June. He’s a hard guy to play against and plays a bit of an old-school style that we think will translate well to our division,” said Priestner of Kucerik.

Both players are expected to arrive in Saskatoon on August 23rd ahead of the Blades’ 2019 Training Camp.