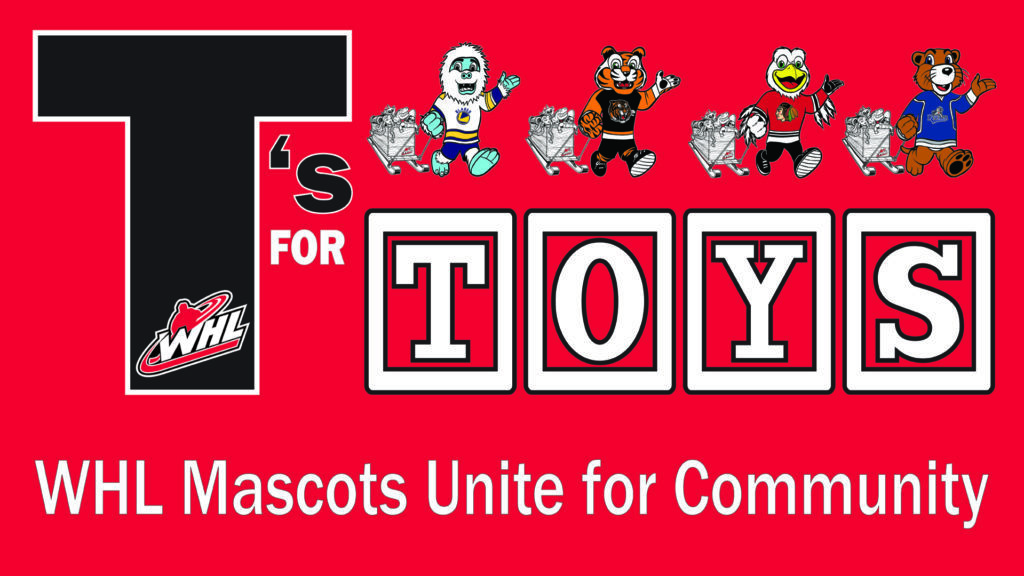 Saskatoon, Sask. – The Saskatoon Blades are proud to announce a grand total of $1,000 has been donated to EGADZ Youth Centre in Saskatoon through the WHL’s T’s for Toys campaign.

Through special-edition Pokecheck tee-shirt sales, fans and supporters of the campaign helped bring in $500 of the grand total. The remaining $500 came from a charitable donation made by Merlin Ford Lincoln in Saskatoon, one of the Blades’ long-time premier partners.

EGADZ Youth Centre is a non-profit local organization that provides programs and services to children, youth and their families in making healthy choices that improve their quality of life. This donation will greatly help and support these programs this winter, and keep youth in our community in a safe, productive environment.

The Blades would like to extend our thanks to our local influencers, Clayton Kroeker of 96.3 Cruz FM and Ciara Yaschuk of Global Saskatoon, for their help in promoting t-shirt sales through their personal social media channels.

League-wide, the T’s for Toy’s campaign is supporting over 800 children across WHL territory as a result.

“On behalf of all 22 WHL member Clubs, we want to thank WHL fans everywhere who supported the WHL T’s For Toys Campaign,” commented WHL Commissioner Ron Robison. “Your display of generosity will help to ensure that children across the WHL territory will receive toys during the holiday season.”

The WHL T’s For Toys Campaign sought out the efforts of all 22 WHL Club Mascots, each of whom had their likeness depicted on one of 22 unique WHL Club T-shirts. This represented the first time all 22 WHL mascots joined forces to benefit children in their communities. From November 16 through December 14, collectible WHL Club Mascot T-shirts were sold, with $7.00 (CAD) from each T-shirt sold going directly to local charities to purchase toys for local children..

Each WHL Club partnered with a local charity to benefit from the WHL T’s For Toys Campaign: