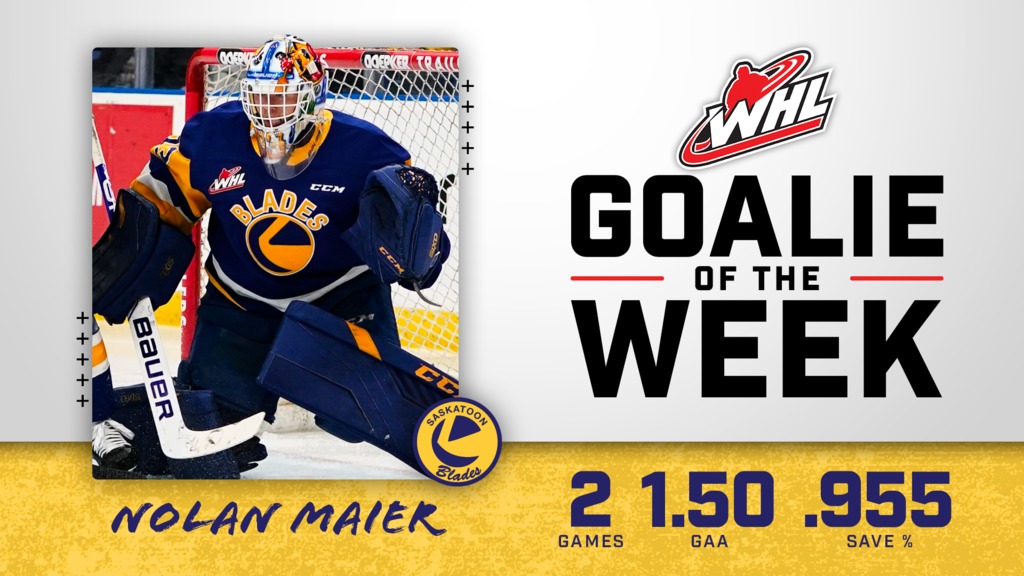 Maier, a 20-year-old product of Yorkton, Sask., posted back-to-back wins for the Blades against the Regina Pats, recording a 1.50 goals-against average and 0.955 save percentage over 120 minutes of action.

On Friday, October 22, Maier turned aside 37 shots, helping the Blades to a 5-2 victory on the road in Regina. He was named the game’s first star.

Two nights later, the 6-foot-0, 172-pound netminder stopped 27 of 28 shots in a 4-1 triumph over the Pats, earning second star honours in the process.

Maier was originally selected by the Saskatoon Blades in the second round (25th overall) of the 2016 WHL Draft, and since that time has proceeded to set Saskatoon’s franchise mark in victories with 96. In 163 career WHL regular season games, all with the Blades, Maier holds a 96-50-10-5 record to go along with a 2.90 goals-against average, 0.904 save percentage, and 10 shutouts.

The Blades next hit the ice Wednesday, October 27 when they play host to the Moose Jaw Warriors (7:00 p.m. MT, SaskTel Centre).