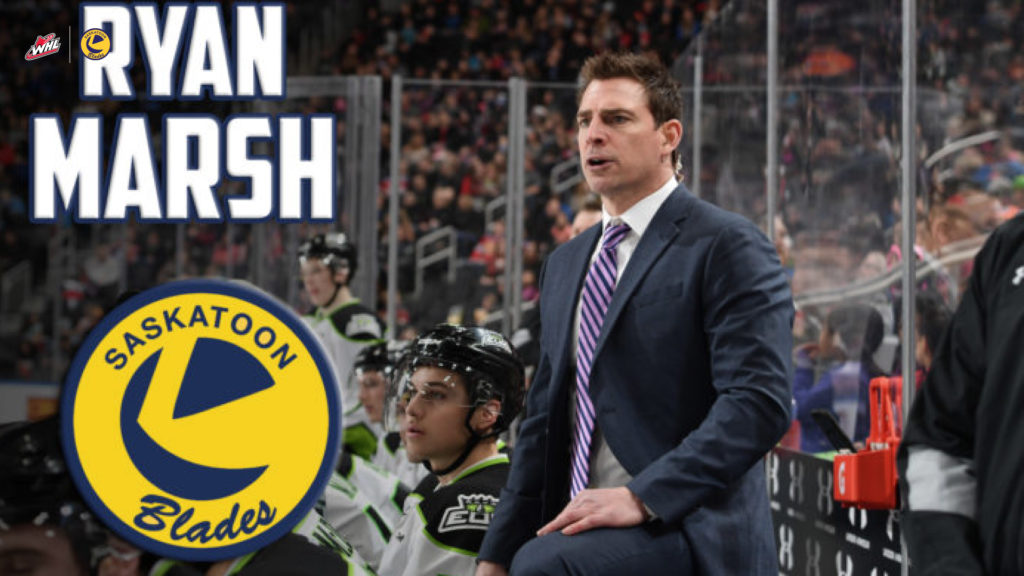 Saskatoon, Sask. – The Saskatoon Blades are pleased to announce the hiring of Ryan Marsh as the team’s new Associate Coach.

Marsh, 43, brings WHL experience as both a player and a coach having spent the past four seasons on the bench with the Edmonton Oil Kings as an Assistant Coach. During his tenure in Edmonton, the Oil Kings qualified for the playoffs twice and were eliminated in the first round each time. Prior to joining the Oil Kings, Marsh spent time as an assistant coach at the University of Alberta (2012-2014), the Alberta Junior Hockey League’s Spruce Grove Saints (2006-2010,2011-12) , and Fort Saskatchewan Traders (2003-2006).

Ryan Marsh hails from Quesnel, British Columbia, the same hometown as Blades’ Head Coach Mitch Love. Both Marsh and Love are familiar with one another having coached as assistants together for Team Canada Red at the 2016 World U17 Hockey Challenge.

“I know what kind of worker he is and we wanted a guy that was going to put the time in and invest that into our players, and I know Ryan Keller and myself are the same way so having that continuity among the staff was a big part in this hire, ” said Blades Head Coach Mitch Love. “I wanted a guy that the players want to play for, a guy the players want to come to work for everyday,” added Love. “In all my research from former players that Ryan (Marsh) had coached in Edmonton, everyone had nothing but good things to say about Ryan as a person and a hockey person. So that was important because for the last month I’ve been talking about what kind of group we want to be, the culture we want to instill here, and Ryan fit that mold.”

Marsh also brings experience as a player with 186 regular season games played in his WHL career from 1992-1995 as a defenceman with the Tri-City Americans. From there, Ryan made a stop in the ECHL for one season before joining the University of Alberta Golden Bears where he played for four seasons while earning a Bachelors degree in Physical Education. Marsh then closed out his playing career in the ECHL with the Louisiana Ice Gators where he played 60 games and registered 6 points and 92 penalty minutes during the 2001-2002 season.

The Saskatoon Blades are thrilled to welcome Ryan and his family to the organization and our community.