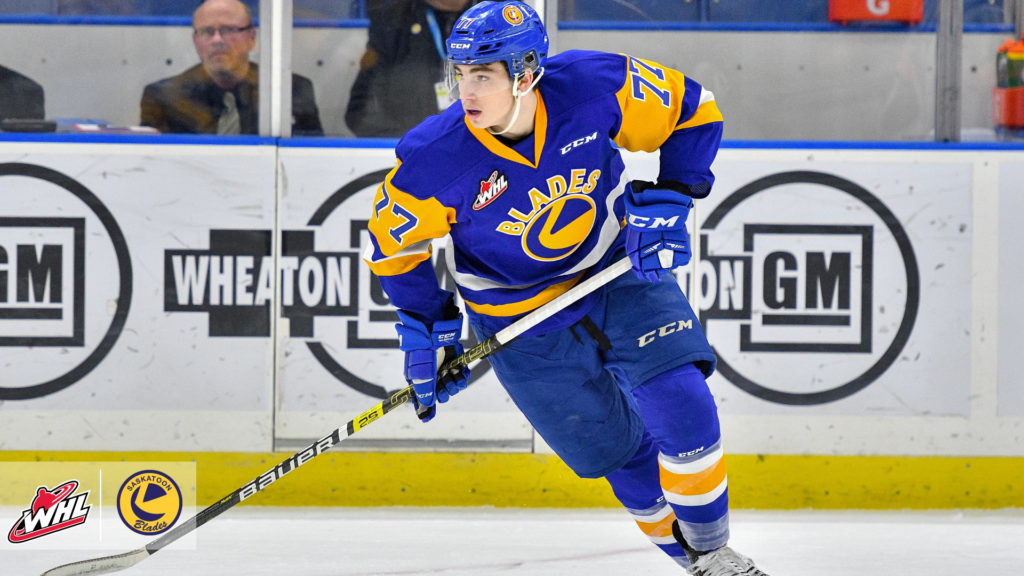 In only his second career NHL game, Kirby Dach recorded his first career NHL goal. October 22, 2019, will go down as a special night in the Fort Saskatchewan, Alta. products’ memory, marking the beginning of his NHL career.

At 16:15 in the first period, the third-overall selection from the 2019 NHL Draft was in the right place at the right time to ensure a shot from his teammate, Olli Maatta’s, bounced off of his glove and into the net, giving the Chicago Blackhawks a 1-0 lead over the Vegas Golden Knights. With this accomplishment, the former Saskatoon Blades forward became the sixth youngest player of the Blackhawks to score his first career goal.

While it was a momentous occasion for the 18-year-old, the final 2-1 shootout score in Vegas’ favour put a damper on the night. In a post-game interview, Dach reflected on the events.

“It was a pretty cool moment,” Dach said. “You grow up dreaming of playing in the NHL and two games in you get your first goal so that’s pretty special, but at the same time, I’m pretty disappointed that we lost. That’s kind of my main focus is the team game and not myself.

“I have to take a step back and realize what I can do better to help the team win and move forward tomorrow.”

The first of many.

In his second full season with the Blades, Dach was a driving offensive force for the club, paving the way for their return to the WHL Playoffs. With 73 points (25G-48A) in 62 games, Dach finished third in team scoring. He contributed three power-play goals, one short-handed, and five game-winning goals as well.

His season highlights saw him represent the WHL at the 2018 CIBC Canada Russia Series in November while also captaining Team Orr at the 2019 Sherwin-Williams CHL/NHL Top Prospects Game in January. He also had 22 multi-point games, highlighted by a pair of five-point performances throughout the season. Dach’s season also included four multi-goal games, including a pair of hat tricks.