chl player of the week 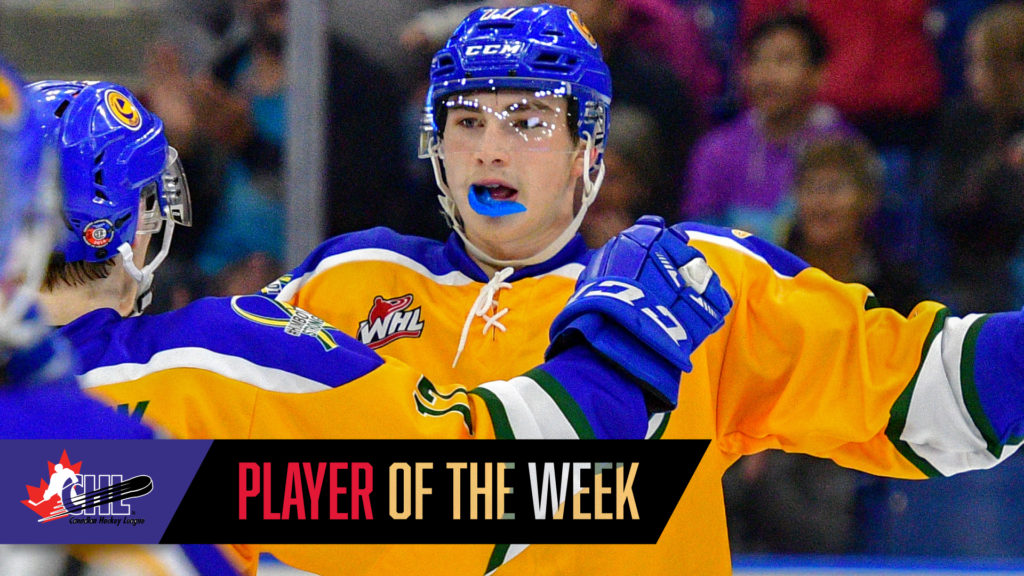 Toronto, Ont. – The Canadian Hockey League today announced that 2019 NHL Draft prospect Kirby Dach from the Saskatoon Blades in the Western Hockey League is the CHL Player of the Week for the opening week of regular season action ending September 23, 2018 after scoring seven points (3G-4A) in two games with a plus-minus rating of plus-5.

Dach produced back-to-back multi-point performances leading the Blades to a home-and-home series sweep over the defending WHL Champion Swift Current Broncos. He assisted on both of the club’s goals in Friday’s season opening 2-1 victory, then recorded his first career hat-trick on home ice Saturday while adding two helpers as first star of the 8-0 win. The five-point effort is a new career-high as the Blades begin a season 2-0 for the first time since the 2011-12 WHL Regular Season.

A 17-year-old from Fort Saskatchewan, Alta., Dach is playing in his second full season with the Blades after being chosen by the club with the second overall pick in the 2016 WHL Bantam Draft. He finished fourth in rookie scoring a year ago with 46 points (7G-39A) in 52 games and was a member of Canada’s gold medal winning team at the 2018 Hlinka Gretzky Cup. In 73 career WHL regular season games, Dach has recorded 63 points (16G-47A), including five power-play goals, and three game-winning goals.

The Blades will look to continue their strong early play when they play host to the Medicine Hat Tigers on Saturday, September 29 (7:00 p.m. MT) to continue #WHLOpeningWeek.

Also considered for the award this week was QMJHL rookie Josh Lawrence of the Saint John Sea Dogs scoring two goals and two assists for four points in two games, and Los Angeles Kings prospect Akil Thomas of the Niagara IceDogs who scored once with four assists for five points in just one game to start his OHL season.