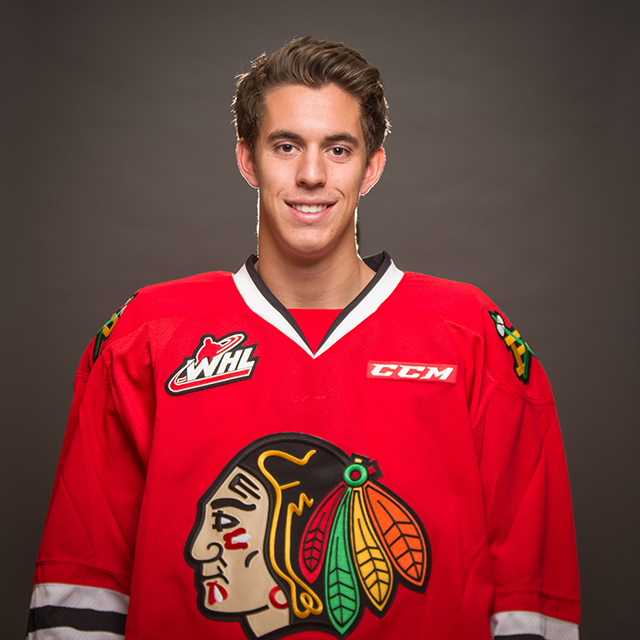 The Saskatoon Blades have acquired 17-year-old defenceman Jackson Caller from the Portland Winterhawks in exchange for a fourth round pick in the 2018 WHL Bantam Draft.

Caller, a native of Kamloops, was a seventh round pick (133rd) of the Winterhawks at the 2014 WHL Bantam Draft. He dressed in eight games for Portland during the 2015-16 campaign, collecting one assist.

“Jackson has the ability to push the pace,” said Steve Hildebrand, associate general manager for the Blades, in a team release. “He has great feet and we think he’ll be a nice addition to our back end.”

The 1999-born blueliner stands 6-foot-2 and weighs in at 173 pounds, adding much-needed size to the Blades backend. He joins returning defenceman Jake Kustra and new import rearguard Mark Rubinchuk as 1999s on the roster, with Jantzen Leslie also still in the fold.

In addition to his brief stint with the Winterhawks in 2015-16, Caller suited up for 18 games with the Revelstoke Grizzlies of the Kootenay International Junior Hockey League (Junior B), registering four goals and 10 points.

We thank Jackson for his contributions, and wish him well in Saskatoon.

The Blades open the 2016-17 WHL regular season on the road, visiting the Swift Current Broncos on Friday, Sept. 23 (7 p.m. MDT) before welcoming the Broncos and WHL on Shaw TV to SaskTel Centre for a Sunday matinee (2:05 p.m. MDT) in celebration of Thank You, Mr. Hockey Day.