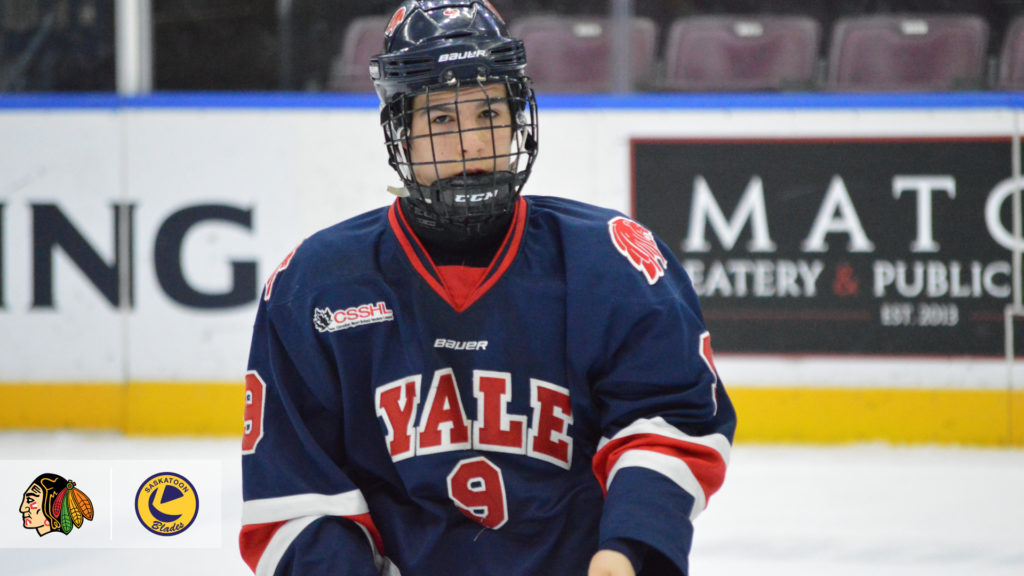 In exchange, the Winterhawks have acquired a fifth-round selection in the 2020 Western Hockey League Bantam Draft. The Blades also announced as part of the move that Streek had signed a WHL Standard Player Agreement with the WHL member Club.

“Carter is a fast and competitive player,” said Dan Tencer, the Blades’ Director of Scouting. “He plays the game with a relentless energy and has a skill level that allows him to make significant offensive contributions.

“His style of play will fit in very nicely with our young core of forwards.”

Streek, a 5-foot-7, 154-pound product of Kamloops, B.C. was originally chosen in the fourth round, 80th overall, of the 2019 WHL Bantam Draft by the Winterhawks. 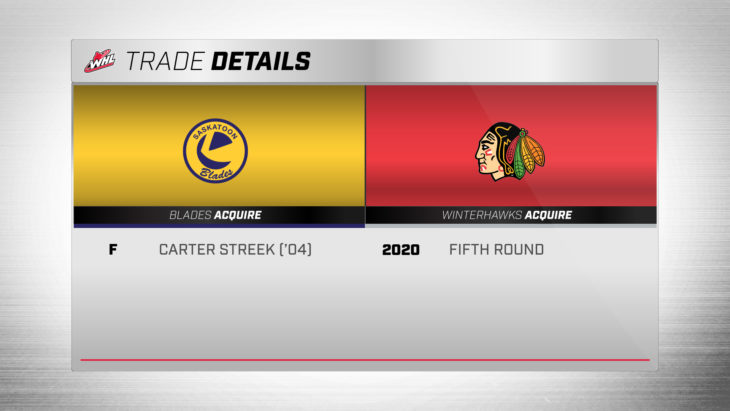 The Portland Winterhawks have traded prospect Carter Streek to the Saskatoon Blades for a 5th round draft pick in 2020.