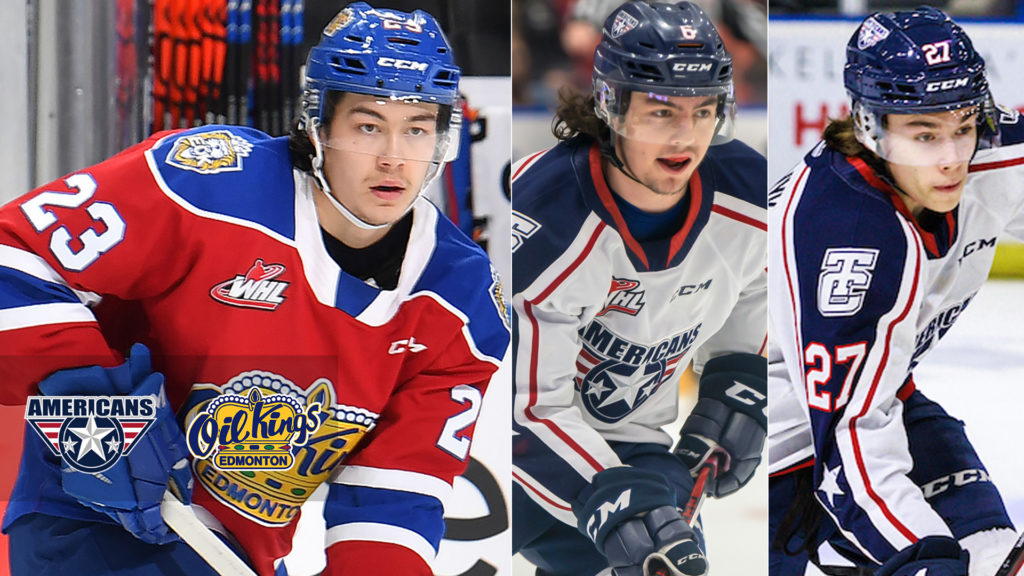 The Tri-City Americans have acquired the playing rights to forward Jalen Luypen from the Edmonton Oil Kings in a deal also involving defenceman Bryson Andregg and forward Rhett Melnyk.

Luypen, 20, appeared in 222 regular season, playoff and Memorial Cup games for the Oil Kings, helping the Club capture the WHL Championship this past June. He scored a career-high 29 goals and 64 points for Edmonton during the 2021-22 campaign, adding nine points (4G-5A) during the 2022 WHL Playoffs.

He was selected by the Chicago Blackhawks in the seventh round of the 2021 NHL Draft, signing a three-year, entry-level contract earlier this month.

“Jalen was a true example of what an Oil King is both on and off the ice,” said Edmonton Oil Kings president of hockey operations and general manager Kirt Hill.  “His commitment to the team and our community will be missed as he was a huge part of the success our group had over the past four seasons.

“We wish Jalen all the best in Tri-City and his future pro hockey endeavours.”

Melnyk joins the Oil Kings having collected 24 points (8G-16A) in 67 games with Tri-City during the 2021-22 campaign. The product of Fort Saskatchewan, Alta. was originally selected by the Americans in the second round of the 2019 WHL Draft.

Andregg, who hails from Allen, Texas, spent the past two seasons with Tri-City, totalling four points (1G-3A) in 41 appearances during the 2021-22 season.

He was selected by the Americans in the ninth round of the 2018 WHL Draft.

“The Oil Kings organization is excited to acquire both Rhett and Bryson,” Hill added.  “Anytime you are moving a player of Jalen’s stature you need to acquire significant pieces to help the organization moving forward.”

The Americans have acquired the rights to Chicago Blackhawks prospect Jalen Luypen in a deal with the Oil Kings.