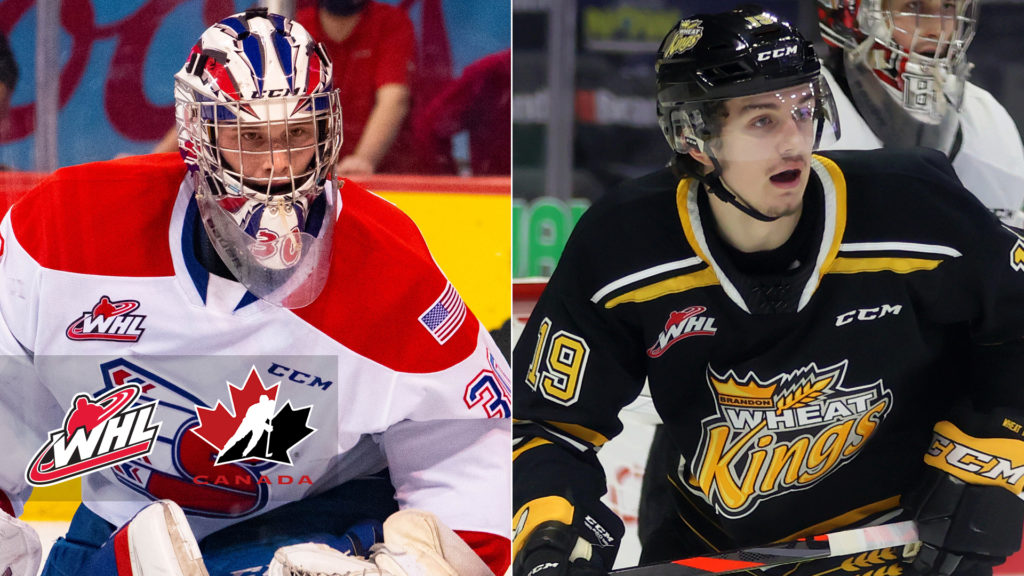 Beaupit, a prospect of the San Jose Sharks and Chiasson, a draftee of the Edmonton Oilers, will join 17 other WHL players in competing for an opportunity to represent Canada at the 2023 IIHF World Junior Championship, which takes place in Halifax and Moncton from December 26, 2022 through January 5, 2023.

Beaupit, who hails from Surrey, B.C., was selected by San Jose in the fourth round of the 2022 NHL Draft, and recently attended Sharks Development Camp. The 18-year-old posted a 20-22-1-3 record in 49 appearances with Spokane during the 2021-22 WHL season, to go along with a 3.63 goals-against average, .893 save percentage and one shutout.

He was originally selected by the Chiefs in the fourth round of the 2018 WHL Draft.

Chiasson, from Abbotsford, B.C., was selected by the Edmonton Oilers in the fourth round of the 2021 NHL Draft, and recently attended the NHL Club’s Development Camp. The 19-year-old recorded 18 points (6G-12A) in 20 regular season outings with the Wheat Kings during the 2021-22 WHL season, adding three assists in six playoff games.

He was originally selected 15th-overall by Brandon in the 20187 WHL Draft.