around the dub Jake Bean 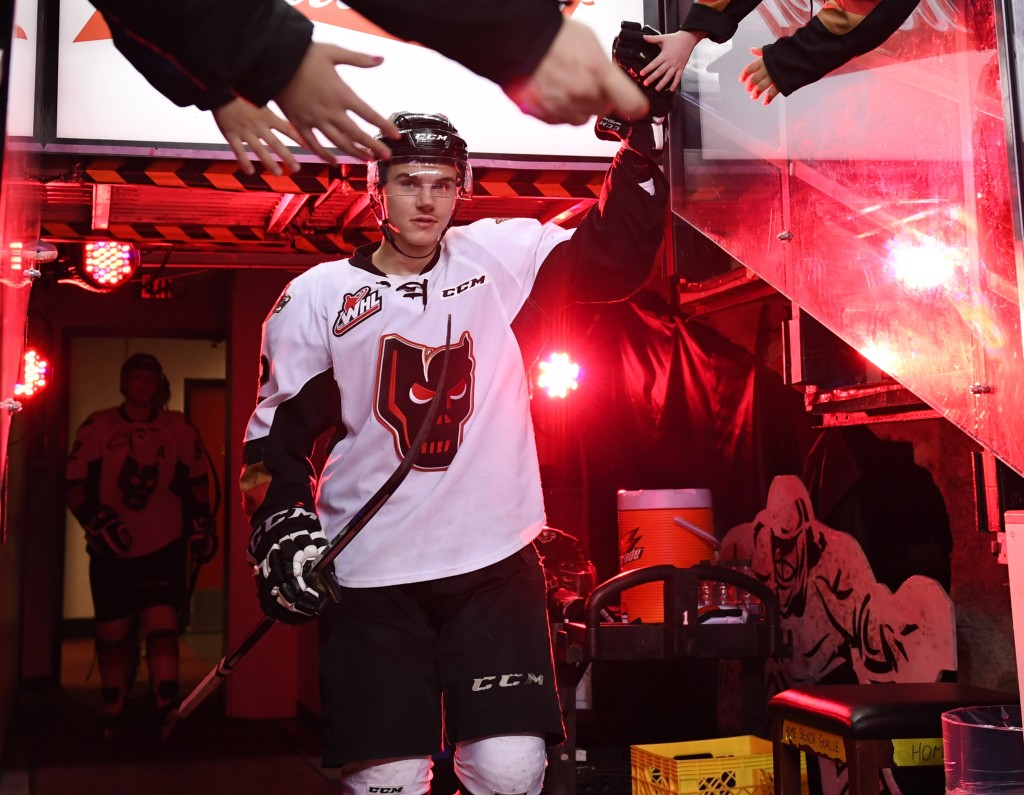 Calgary, AB – The Calgary Hitmen Hockey Club would like to congratulate defenceman Jake Bean on signing an entry-level contract with the Carolina Hurricanes.

Bean, a native of Calgary, Alberta, became the 51st player in franchise history to be selected in the NHL Draft when the Hurricanes chose him last month in the first round, 13th overall.

“On behalf of the Hitmen organization, we are extremely proud of Jake in signing his first pro contract,” said Mike Moore, Hitmen General Manager and Vice President of Business Operations. “It’s been exciting watching Jake’s journey from when he first joined our club in 2013 to this point today. The dedication and commitment he has made is highlighted by this milestone.”

The Hitmen added Bean to the club’s protected player list in September 2013.

Calgary Hitmen season tickets for the 2016-17 campaign are now available. For more information on ticket packages and the exclusive privileges offered to Hitmen season seat members, visit HitmenHockey.com or contact customer service at 403-777-4646.