BC Sports Hall of Fame inducts WHL Alumni Ronning, Shick as part of Class of 2018 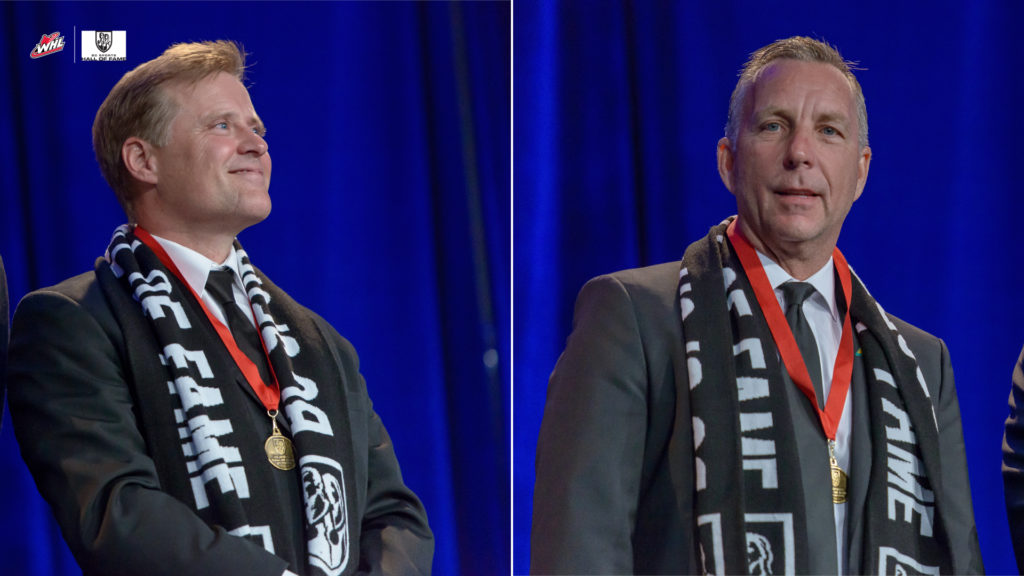 A pair of Western Hockey League Alumni were recognized last week for their contributions to sport in their home province, serving as part of the Class of 2018 for the British Columbia Sports Hall of Fame.

Former New Westminster Bruins forward Cliff Ronning and WHL Official Rob Shick were recognized by the organization at their Induction Gala on Thursday, May 31 in the Lower Mainland.

Selected as the recipient of the Jim Piggott Memorial Trophy as the WHL Rookie of the Year in the 1983-84 season, Ronning’s second season in the WHL featured more honours and recognition.

His 197-point performance made him the Top scorer in the WHL while he also captured the Four Broncos Memorial Trophy as the WHL Player of the Year. He was also named as the recipient of the Brad Hornug Trophy as the WHL’s Most Sportsmanlike Player.

Also inducted was former WHL Official Rob Shick, who refereed with the league between 1979-80 and 1983-84. Shick worked the 1983 Mastercard Memorial Cup in Portland, Ore. before graduating to the NHL ranks.

Over a 25-year career in the NHL, Shick worked 1,321 regular season games between 1984 and 2009, to date the most of any official from the province of British Columbia. Shick also skated in 130 NHL playoff games, including the 2001 Stanley Cup Final.

In October 1997, Shick was part of the officiating crew for the first NHL regular season game player outside of North America, played in Tokyo, Japan.

He was previously inducted to the BC Hockey Hall of Fame in 2011 and presently serves as an NHL Referee Supervisor.

Presented by the @canucks we welcome Burnaby's @CliffRonning7 to the athlete category of the Hall of Fame. Thank you @1kirkmclean for helping us with his induction! #2018Class #InductionGala pic.twitter.com/AGqhNNHMv7

Next up it's longtime @NHl referee Rob Shick. Presented by the @WHLGiants, we are proud to induct Rob to the #2018Class in the builder category. #InductionGala pic.twitter.com/u7JUNguwTW