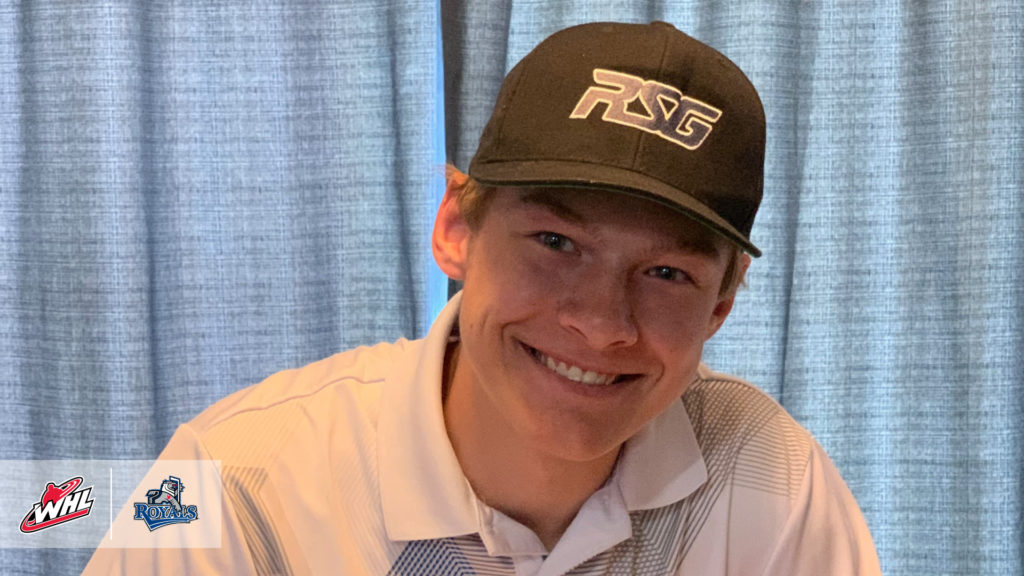 Victoria, B.C. – The Victoria Royals are proud to announce that the club has signed defenceman Austin Zemlak to a WHL Standard Player Agreement.

The Fort McMurray, AB native was the team’s first selection, ninth overall, at the 2020 WHL Bantam Draft on April 22nd. The WHL Bantam Draft is an annual event in which teams select players who have graduated from bantam. For the 2020 draft, players born in 2005 were eligible.

Last season, Zemlak played for the OHA Edmonton Bantam Prep team of the Canadian Sport School Hockey League (CSSHL). Zemlak, the team’s captain, played in 27 games for OHA Edmonton where he earned 36 points (8G-28A) to go with 22 penalty minutes. His 28 assists led the team, while he finished second in team scoring.

The 5-foot-11, 161-pound blueliner was also a finalist for the CSSHL’s Bantam Prep Division Top Defenceman of the Year Award.

The Royals would like to thank all of their supporters for a fantastic 2019-20 hockey season. Fans who still hold unused vouchers, or had purchased tickets, for any of the team’s three cancelled regular season home games in March are encouraged to keep them for use during the upcoming 2020-21 season.

Royals Ticket Pack Members should also keep an eye on their mailbox over the next few weeks for full renewal details, including missed game credits.

We are proud to announce that we have signed D Austin Zemlak, our 1st round pick in the 2020 #WHLBantamDraft, to a WHL Standard Player Agreement!