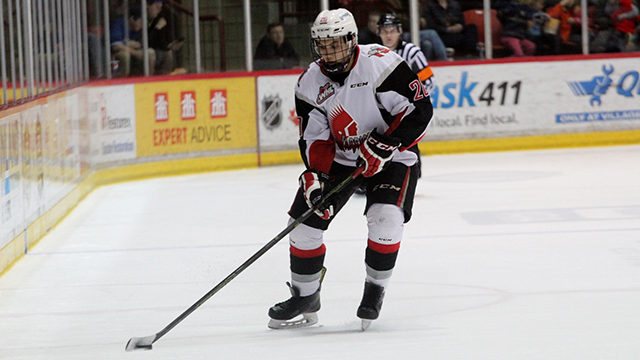 With another Western Hockey League season right around the corner comes a new crop of fresh-faced youngsters dotting rosters in hopes of landing full-time duties.

As the 2016-17 season approaches, there will undoubtedly be 2000-born players make the final grade and earn an opportunity to enjoy their WHL regular season debuts later this month. For the time being, nothing is set in stone as many from the 2015 WHL Bantam Draft class fight tooth and nail with returning veterans for a limited number of slots on their respective rosters.

With the WHL pre-season in full gear, we take a look around the East Division at some of the most anticipated players with an opportunity to make the full-time jump to the Western Hockey League come 2016-17.

The Wheaties top pick from the 2015 WHL Bantam Draft reportedly suffered an upper-body injury during rookie camp and is expected to miss some time. That being said, the Winnipeg product got into five games with the Wheat Kings in 2015-16, registering three assists and helped his Winnipeg AAA Wild to a Manitoba Midget Hockey League championship as well, tallying 17 goals and 38 points in 36 regular season games. Once healthy, he could make an impact as early as this season.

The Warriors did pretty good at the 2015 bantam draft to grab both Woo and Luka Burzan, addressing two key needs within the organization. More than one year since, Moose Jaw brass has to be elated with the progression of both. Woo led the Winnipeg AAA Wild to a Manitoba  Midget Hockey League title, scoring six goals and 27 points in 22 regular season games before collecting another seven points in 10 post-season contests. He also managed to mix in seven regular season outings with the Warriors, earning himself an assist, before skating in all five games of his team’s second round loss to the Wheat Kings. The future of the Warriors blueline is Woo and the future has arrived.

A 2016 B.C. Major Midget League champion with the Valley West Hawks, Burzan’s graduation to the WHL has been highly anticipated and he isn’t disappointing early in pre-season play, sitting in a tie for second on the Warriors in scoring. The talented pivot finished 10th in BCMML scoring with 16 goals and 47 points in 29 games before adding another 17 points in seven playoff games. He made his WHL debut Nov. 27, 2015, in Everett and skated in one post-season game March 15 at Brandon.

Fonstad posted a pretty even statline with the Moose Jaw Generals of the Saskatchewan Major Midget Hockey League in 2015-16, clicking for 16 goals, 20 assists and 36 points. To this point in the WHL pre-season, he’s picking up where he left off, notching a goal and an assist in the Raiders’ first two outings. Fonstad made his WHL debut in 2015-16, playing two games and registering one assist with Prince Albert.

He might be slight, but Moe is using speed to his advantage and it has paid off thus far as he is producing at a goal-per-game rate early in the WHL pre-season. Moe was named the Top Forward in the Alberta Major Bantam Hockey League in 2014-15 after he posted 31 goals and 52 points with the Calgary AAA Bisons. He continued to produce in 2015-16, banking 23 points in 27 games with the Calgary Midget AAA Buffaloes.

With quality depth on the blueline, it might be difficult for Barteaux to crack the Pats roster in 2016-17, but after being selected 14th overall in 2015, he could push and force some tough decisions for Pats brass. Barteaux made his WHL debut in 2015-16, skating in one game with the Pats, while spending the bulk of the campaign with the Yellowhead AAA Chiefs of the Manitoba Midget Hockey League, where he posted seven goals and 26 points in 37 games.

After winning an Alberta Midget Hockey League title with the Lloydminster AAA Bobcats in 2016, Wouters is ready to make the jump to the WHL. He got a taste of the next level this past spring, dressing for two games with the Blades. Wouters brings a competitive edge and has already displayed leadership qualities at a young age. There’s no doubt he is a key piece to the Blades future and he should get the opportunity to make his mark this season. 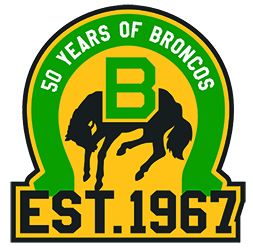 Named to the Manitoba Midget Hockey League second all-star team after racking up 31 goals and 58 points in 38 games with the Winnipeg AAA Wild, Stotts went on to help his squad claim an MMHL title as well. Now he looks to the challenge of taking the next step to the WHL.

Keep your eyes on WHL.ca as we continue examining the best and brightest from the upcoming crop of 2000-born players.