With another Western Hockey League season right around the corner comes a new crop of fresh-faced youngsters dotting rosters in hopes of landing full-time duties.

As the 2016-17 season approaches, there will undoubtedly be 2000-born players make the final grade and earn an opportunity to enjoy their WHL regular season debuts later this month. For the time being, nothing is set in stone as many from the 2015 WHL Bantam Draft class fight tooth and nail with returning veterans for a limited number of slots on their respective rosters.

With the WHL pre-season in full gear, we take a look around the Central Division at some of the most anticipated players with an opportunity to make the full-time jump to the Western Hockey League come 2016-17.

A few lucky fans were privy to the flash Nielsen possesses as he dressed for three regular season games in 2015-16, tallying his first career goal on March 18 in Cranbrook. Eligible for full-time duty this season, Nielsen skated with the Edge School in 2015-16, notching 14 goals and 23 points through 22 games in the Canadian Sport School Hockey League (CSSHL).

Having lost overager Ben Carroll at the conclusion of 2015-16, there’s a big hole to fill on the Oil Kings blueline in 2016-17 and the highly-touted Cap could be part of the solution. The hulking 16-year-old represents one of the young up-and-comers on a retooling Oil Kings squad and could challenge for a spot on the backend after clicking for 17 points in 32 games with the Vancouver NW Giants of the B.C. Major Midget League in 2015-16. 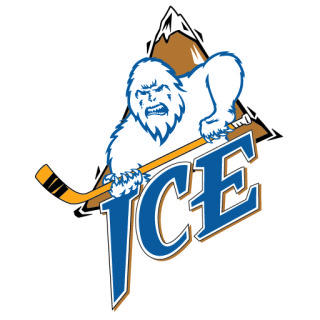 The Taphorn twins come as a towering double whammy on the wings for the rebuilding Kootenay ICE and their high-end hockey IQ comes just as it is needed most. Keenan was drafted by the ICE, while Kaeden was selected by the Vancouver Giants before coming over in a deadline day deal this past January. The dynamic duo played together for the Yorkton AAA Maulers in 2015-16, with Keenan producing six goals and 25 points while Kaeden stacked up 12 goals and 32 points on the opposite flank over the course of 42 games. Both brothers saw two-game call-ups for the ICE, registering no points.

The shifty defender made his WHL debut in February, skating in four games and registering a plus-3 rating. In the 15 games with the Brandon AAA Wheat Kings, he was a point-per-game player from the backend, tallying eight goals and 15 points in 15 contests. As of Sept. 7, the second overall pick from the 2015 bantam draft is one of eight defencemen remaining in Hurricanes camp, with five being returners.

It might be a tough task cracking the Tigers forward core as a 16-year-old, as the club returns a deep group of veterans, but if there’s anyone to do achieve just that it will be Chyzowski. The Kamloops product made his WHL debut in 2015-16, skating in six games with the Tabbies, while also putting up 14 goals and 22 points in 31 games with the Thompson Blazers of the B.C. Major Midget League. 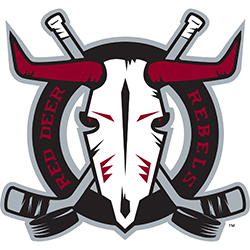 With only Colton Bobyk (1996), Austin Strand (1997) and Josh Mahura (1998) set to return on the Rebels blueline, the door has never been wider for a rookie rearguard to make the jump. Herauf will aim to do that in 2016-17 after spending last season with the Sherwood Park AAA Kings, where he collected nine points in 32 games.

Keep your eyes on WHL.ca as we carry on examining the best and brightest from the upcoming crop of 2000-born players.