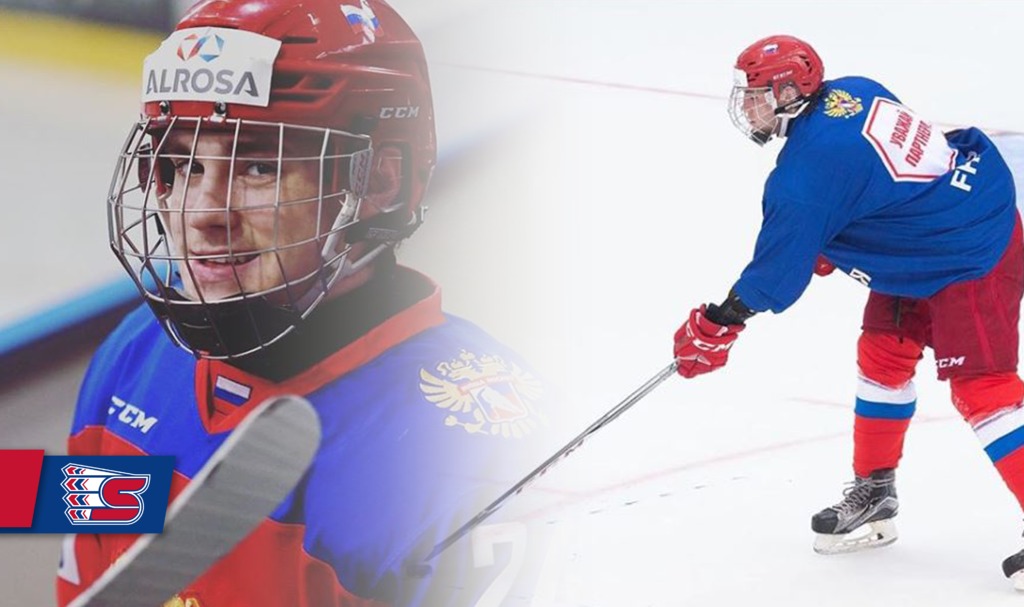 Spokane, Wash. — The Spokane Chiefs announced on Tuesday that Russian forward Yegor Arbuzov has signed a WHL Standard Player Agreement and committed to playing for the Chiefs during the 2018-19 season. Arbuzov was the Chiefs’ first round (50th overall) pick during the 2018 CHL Import Draft in late July.

“We’re obviously very pleased to receive a commitment from Yegor and are excited to have him join our defensive corps,” said Chiefs’ general manager Scott Carter. “While there are still a few logistical hurdles to clear with immigration, this is a very important step in him making the jump to hockey in North America. We’d like to officially welcome him to the Chiefs’ organization.”

A 6-foot, 187-pound defenseman from Russia, Arbuzov played 22 games for CSKA Moscow in the Russian under-17 league last season, scoring eight goals and 13 points. He added one assist in seven games with Krasnaya Armiya Moscow of the Russian MHL junior league, along with a goal in seven games with the Russian U17 international team. He will first become eligible for the NHL Entry Draft in 2019.

Arbuzov was the first Russian player selected by Spokane in the CHL Import Draft since 2001, when they selected forward Alexei Smirnov with the 28th overall pick, and first ever Russian defenseman. The last Russian to suit up for the Chiefs was forward Yegor Mikhailov, selected 46th overall in 1996. Mikhailov appeared in 45 games with Spokane during the 1996-97 season, scoring 10 goals and 10 assists for 20 points. Other notable former Russian imports for the Chiefs include forwards Dmitri Leonov, Maxim Bets and Valeri Bure.

Arbuzov joins Czech defenceman Filip Kral as the Chiefs’ two allowed import players. Kral earned the Chiefs’ Rookie of the Year award after scoring 35 points (9G-26A) in 54 games last season. He was selected in the fifth round (149th overall) of the 2018 NHL draft by the Toronto Maple Leafs.