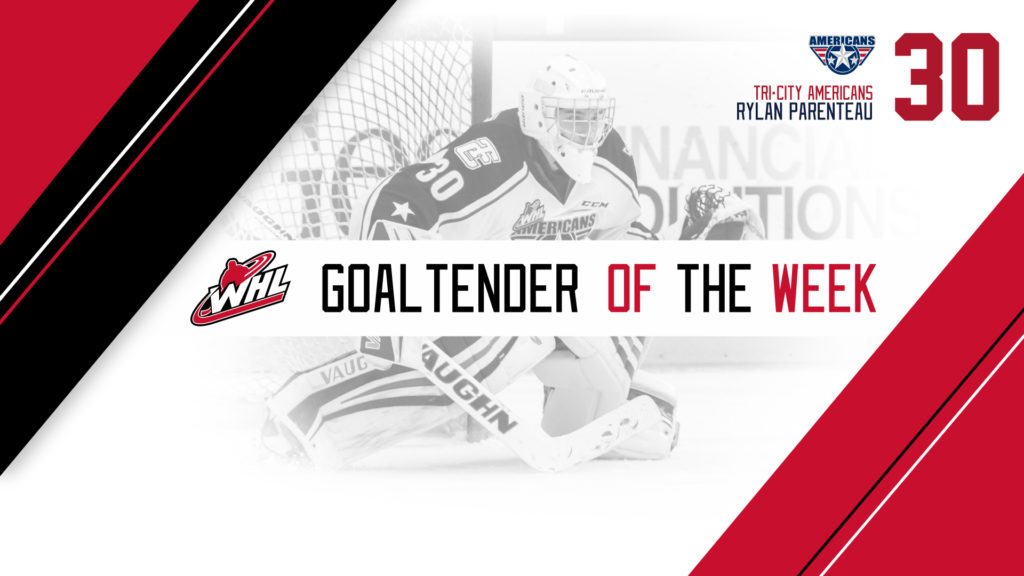 Parenteau, a 20-year-old product of Saskatoon, went 2-0-0-0 this past week with a 0.50 goals-against average, .985 save percentage and one shutout. He returned to his old stomping grounds in Prince Albert on Friday, January 6, and made 40 saves in a 7-1 win, earning second star honours. From there, he put forth a 25-save performance on Saturday, January 7, in a 2-0 shutout of his hometown Blades, being named first star for his effort.