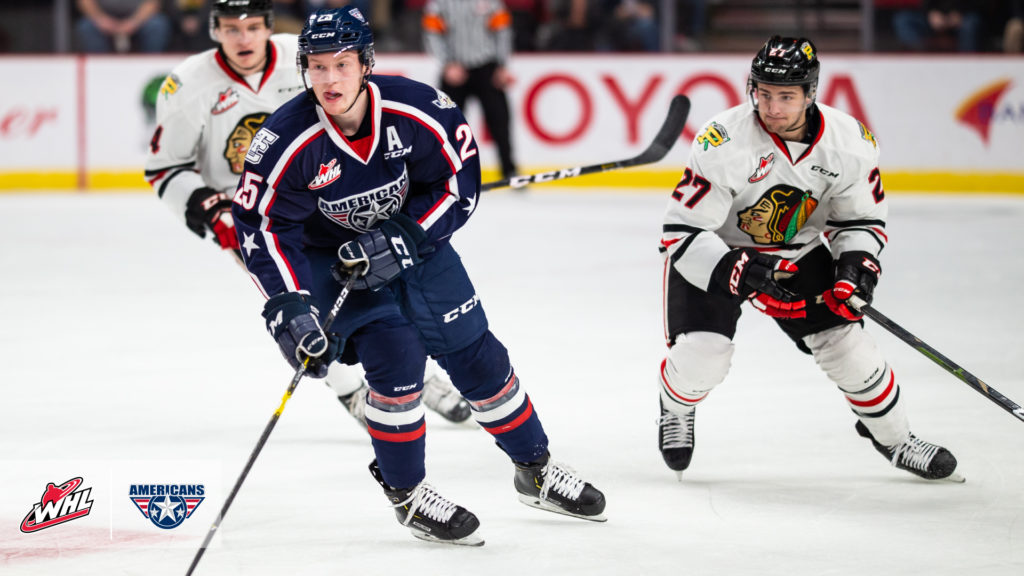 Originally selected by Tri-City in the third round, 45th overall, of the 2014 Western Hockey League Bantam Draft, Olson has spent his entire WHL career with the Americans. He has totaled 155 points (48G-107A) and 219 penalty minutes through 189 games played.

“Kyle epitomizes the long tradition of team captains in our organization,” stated Tory. “He has a tremendous work ethic, passion, and commitment to team success. Off-ice Kyle is active in the community and treats teammates, fans, and others with tremendous respect and humility.”

Olson becomes the 30th captain in the franchise’s history following Nolan Yaremko who served as the Americans captain last season.

“I’m very grateful and honoured to be named captain of the Americans this year,” stated Olson. “There have been a lot of great people and players who have worn the ‘C’ in the past. I look forward to leading a great group of guys and to represent a first-class organization. Excited for a great year ahead.”

Olson is scheduled to attend the Chicago Blackhawks development camp later this month.

Kyle Olson has been named the Americans team captain for the upcoming 2019-20 season. #AmsNation