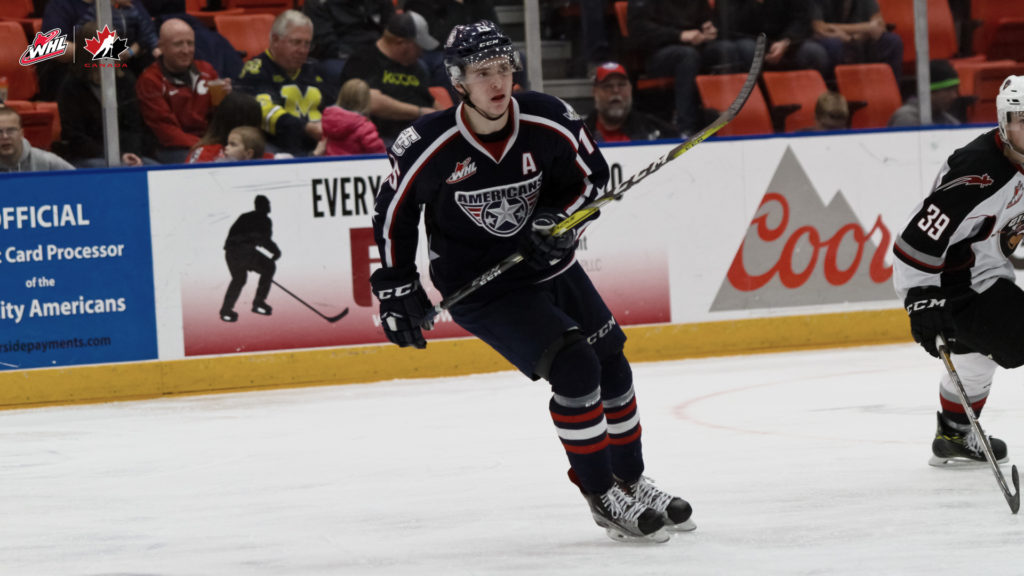 Tri-City Americans forward Michael Rasmussen will get a shot at representing his country at the World Junior Championships in Buffalo this December.

The Surrey, B.C. product will make the trip down to Plymouth, Mich. to participate in the Canadian National Junior Team Summer Development Camp, next week, after being added to the roster on Thursday morning.

Rasmussen was drafted in the first round, 9th overall by the Detroit Red Wings at the NHL Draft last month.

The 6-foot-5, 200-pound centreman posted 55 points (32G, 23A) in 50 games with Tri-City this past season, despite missing the last month of the year with a fractured wrist.

Rasmussen has donned the maple leaf crest twice before in his career, once for Team Canda Black at the 2015-16 U17 World Hockey Championships and once at the 2016-17 Ivan Hlinka Memorial Tournament.

He is the 18th WHL player to be invited to the Hockey Canada World Junior Summer Development Camp after Kelowna Rockets forward Kole Lind was added to the roster last month.