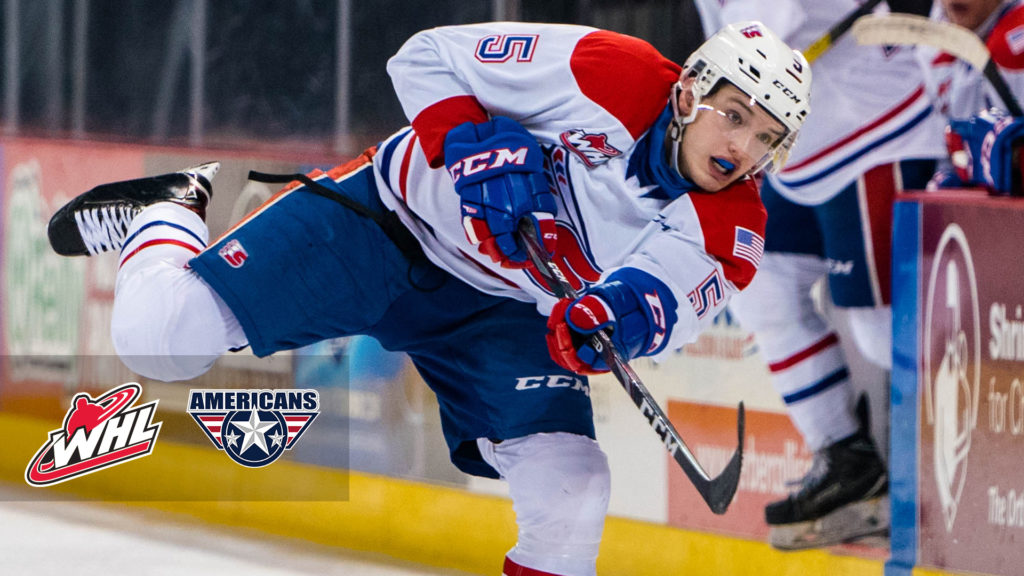 The Spokane Chiefs have traded defenceman Jordan Chudley to the Tri-City Americans for a ninth-round pick in the 2022 WHL Prospects Draft.

The teams announced the deal Monday.

“We’d like to thank Jordan for his time in Spokane. He was a great teammate and member of our organization,” said Chiefs general manager Scott Carter. “Unfortunately this was a casualty of the numbers game as we need to get our roster under the league’s overage player limit.”

“We wish Jordan all the best with the Americans. Once a Chief, always a Chief,” Carter added.

“With the number of injuries to our backend and the uncertain return-to-play dates for these players, it was necessary to add a veteran defenseman,” said Americans general manager Bob Tory.

🔄 TRADE | The Americans have acquired 20-year-old defenseman Jordan Chudley from the Spokane Chiefs.

TRADE 🔀 | D Jordan Chudley has been traded to the @TCAmericans for a 9th round pick in the '22 #WHLDraft.

Thank you for your time in Spokane, Chuds! Once a Chief, always a Chief.