AMERICANS ACQUIRE BENNING FROM THE ICE 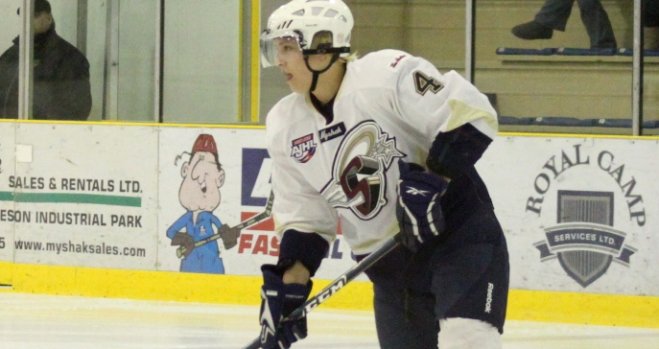 KENNEWICK, WA – Tri-City Americans Governor/General Manager Bob Tory announced today that the team has acquired 17-year-old defenseman Matt Benning from the Kootenay Ice in exchange for a conditional 3rd and 6th round picks in the 2012 Bantam Draft.

Benning, listed at 6’0 and 205 pounds, spent his 16-year-old season as a member of the Spruce Grove Saints of the Alberta Junior Hockey League, playing in 43 games and totaling seven assists and 65 penalty minutes.  The St. Albert, Alberta-native also appeared in 13 post-season games, including all seven of the Saints’ Doyle Cup match-up with the eventual champion Vernon Vipers in the AJHL Finals.  Benning, who was originally the Ice’s 2nd round (35th overall) pick in the 2009 Draft, played for the St. Albert Sports Raiders of the Alberta Midget Hockey League in 2009-10, appearing in 33 games and totaling seven goals and 21 points.  He also attended Alberta’s U16 Provincial Camp that season.

Matt is the son of former NHL defenseman, Brian Benning, who played parts of 10 NHL seasons as a member of the St. Louis Blues, Los Angeles Kings, Philadelphia Flyers and Florida Panthers.  For his career, the elder Benning appeared in 568 NHL games while amassing 63 goals and 296 points.  Brian also played in two WHL seasons, spending the 1983-84 campaign with the Portland Winter Hawks before moving to the Kamloops Blazers the following season.

“Matt is an intelligent defenseman who brings a wealth of potential,” explained Tory.  “This deal gives us tremendous young depth on our blueline and sets us up for the future.  I hope to be able to sit down with Matt and Brian and complete the recruiting process so we can see Matt in our training camp in a few weeks.”

Cranbrook, BC – Jeff Chynoweth, General Manager of the Kootenay ICE Hockey Club, today announced the club has traded 17-year-old Defense prospect Matt Benning (May 25, 1994) to the Tri-City Americans in exchange for a conditional 3rd and 6th round pick in the 2012 WHL Bantam Draft.

“While we are disappointed Matt did not commit to our program. We felt it was best for both the player and the organization to have a fresh start,” added Chynoweth.

Regular priced Season Tickets are still available for the upcoming season at the Kootenay ICE Office or by calling 250-417-0322.