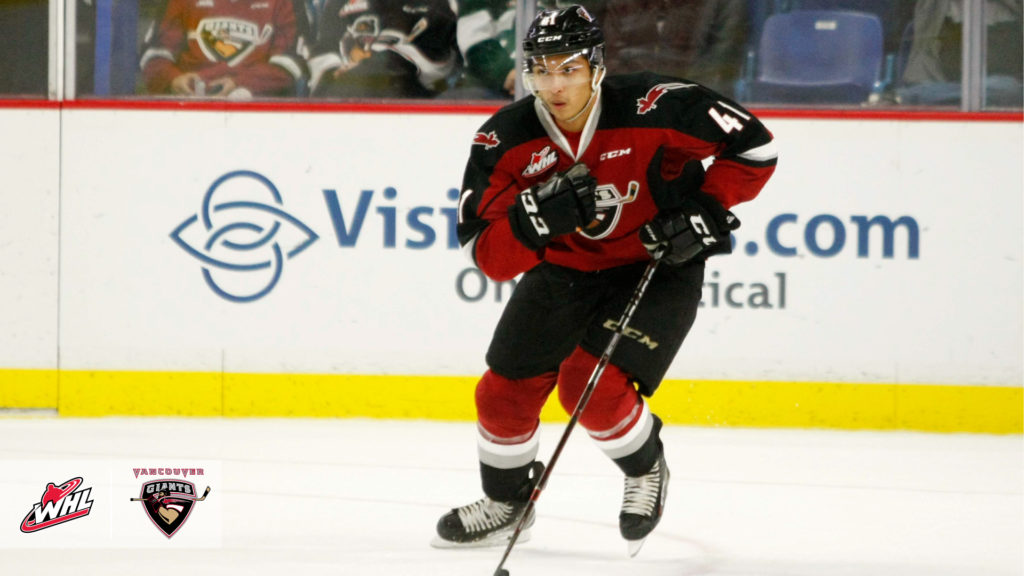 The Vancouver Giants have a new captain.

Thursday, the team announced that Washington Capitals prospect Alex Kannok Leipert has been named the 17th captain in franchise history.

“To the Giants ownership group, management team, coaching staff, support staff, fans and my teammates, thank you for giving me the honour of being the Captain of the Vancouver Giants,” Kannok Leipert said. “This is an unbelievable privilege and a responsibility that I won’t take for granted.”

The 6-foot-0, 195-pound product of Regina, Sask. was originally chosen by the Giants in the fourth round, 79th overall, of the 2015 Western Hockey League Bantam Draft. Since then, he’s become a regular part of the team’s lineup and a key part of their blue line.

“In every way, Alex Kannok Leipert personifies what it means to be a Vancouver Giant,” said Giants head coach Michael Dyck. “He leads by example every day with his words and his actions. On the ice, in the community and especially with his teammates and the coaching staff, he’s extremely deserving of this opportunity.”

At the 2018 National Hockey League Draft, the Capitals selected Kannok Leipert in the sixth round, 161st overall.

After beginning their season on the road, the Giants return home to the Langley Events Centre for their home opener on Friday, September 27 (7:30 p.m. PT) against the Portland Winterhawks.

The 2000-born product of Regina, SK has been named the 17th captain in the history of the Vancouver Giants.

“This is something you dream of.” – @AKannok

The captain shares his thoughts on being named the 17th captain in the history of the franchise. pic.twitter.com/X0TVIE4cvJ