Alberta, Saskatchewan to battle for bronze at 2019 Canada Winter Games 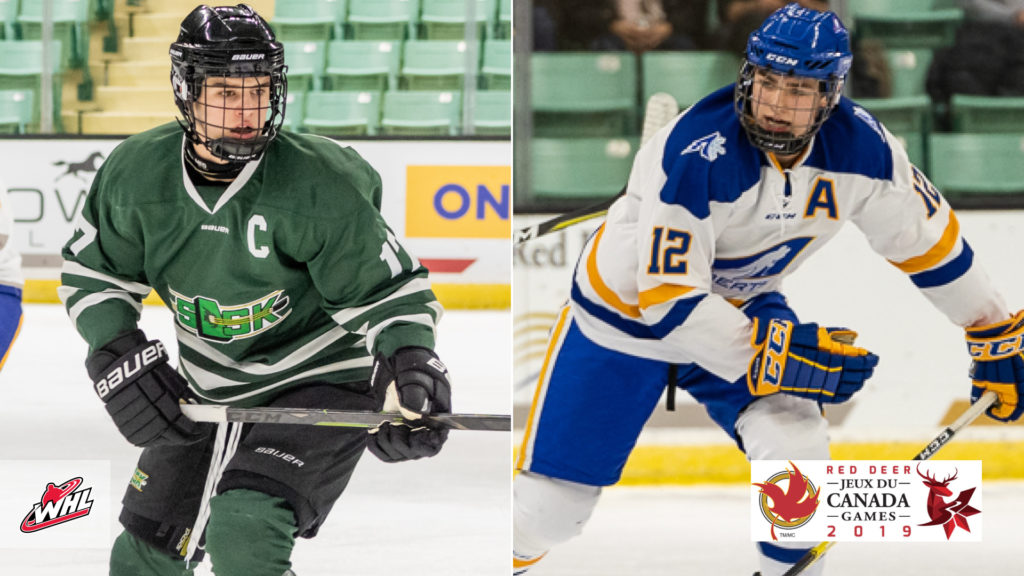 In the first of two semifinals, Québec doubled up Saskatchewan 6-3.

Saskatchewan led 2-0 after 20 minutes on goals from Ashton Ferster (Prince Albert, Sask./Medicine Hat Tigers) and Blake Swetlikoff (Regina, Sask./Spokane Chiefs), but conceded four in the second to trail by two after 40 minutes.

Cole Sillinger (Regina, Sask./Medicine Hat Tigers) scored in the third, but Québec would tack on two more goals in the final period.

Trailing 6-0 after 40 minutes, Alberta stormed back with four-straight goals in the third but couldn’t complete the comeback against Ontario in an 8-4 loss.

Kyle Masters (Edmonton, Alta./Red Deer Rebels) had three assists in the game while Dach added a helper to his goal for the multi-point performance.

Manitoba spread out their scoring evenly over the three periods, with Hudson Thornton (Winnipeg, Man./Prince George Cougars) and Hunter Wallace (Oak Lake, Man./Brandon Wheat Kings) scoring in the first period. Goals from Pasternak and Assailly featured in the second while Roulette and Trentyn Crane (Winkler, Man./Victoria Royals) scored in the third.

Logan Stankoven (Kamloops, B.C./Kamloops Blazers) had a goal and an assist Thursday as British Columbia fell 3-2 in overtime to Nova Scotia.

Northwest Territory finished their tournament with a win Thursday, downing Nunavut 4-2 for 11th place at the tournament.

Western Canada is guaranteed the bronze medal as Alberta will face Saskatchewan Friday at The Centrium at 4:00 p.m. MT.

Fifth place at the tournament will be contested between Manitoba and Nova Scotia while B.C. and New Brunswick will battle for seventh.