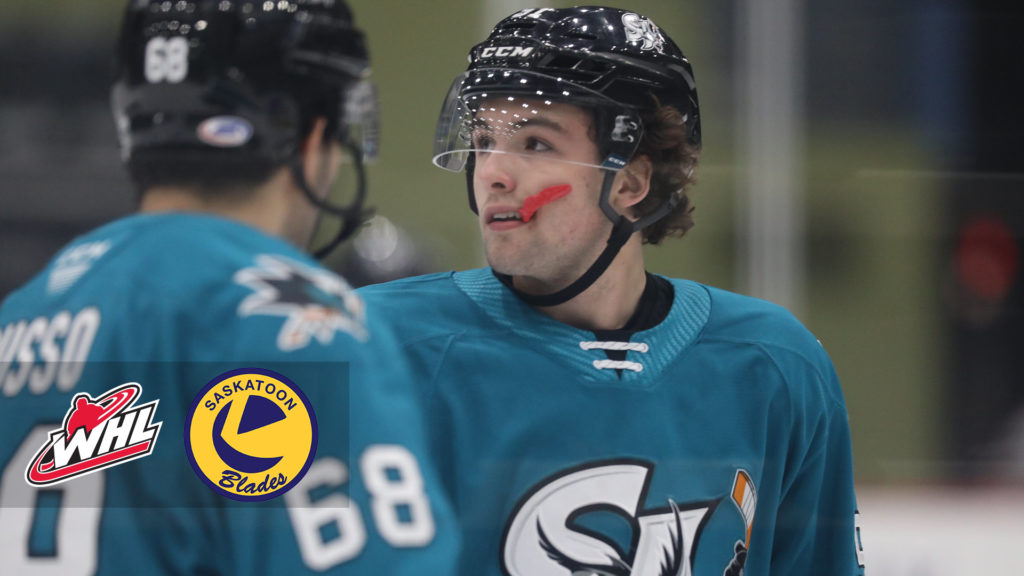 When the puck drops for the 2020-21 WHL season, the Saskatoon Blades expect to have Tristen Robins back in the fold, after the prospect of the San Jose Sharks was re-assigned to the WHL from the AHL’s San Jose Barracuda on Sunday.

A second round selection (56th overall) of the Sharks in the 2020 NHL Draft, Robins saw action in two AHL games with the Sharks affiliate, the San Jose Barracuda, this season.

Robins and the Blades will join their East Division rivals in Regina when the WHL’s Hub Center begins on Friday, March 12.

#SJSharks assign forward Maxim Letunov and goaltender Josef Korenar to the #SJBarracuda. In addition, the team has assigned forwards Ozzy Wiesblatt and Tristen Robins to their junior clubs in @TheWHL.