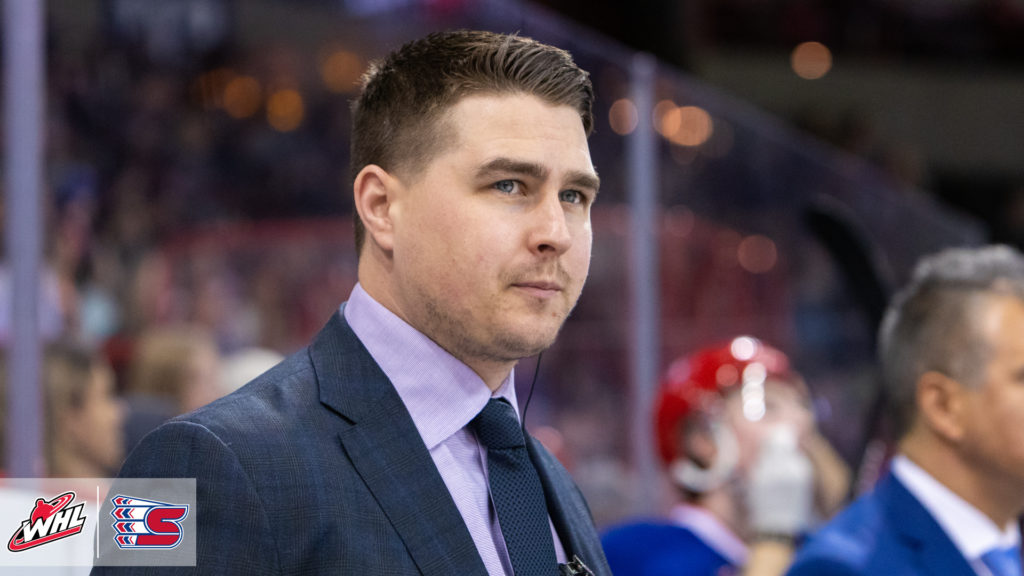 “I’m humbled and thankful to Bobby Brett, Mark Miles, Scott Carter and the rest of the Spokane Chiefs organization for trusting me to lead the team,” Maglio said. “I’m also thankful for the opportunity to work with Manny Viveiros, who is an outstanding leader, coach and friend.

“I was fortunate enough to have the opportunity to grow as a coach and learn the league with Manny. I’m excited for his new opportunity, which is very well deserved.”

Last season, Maglio was instrumental in helping the Chiefs to a 41-18-4-1 record, including wins in each of their final 10 games, before the season was cut short due to the COVID-19 pandemic. He primarily worked with the club’s defencemen, including Western Hockey League Defenceman of the Year Ty Smith, recently-signed Toronto Maple Leafs prospect Filip Kral and WHL plus-minus leader Noah King, who then signed an AHL contract with the Stockton Heat.

“When we hired Manny, Adam was a very strong consideration for the head coach position,” Scott Carter, general manager noted. “We were very excited he took our Associate Coach job and learned from Manny last season. I believe he is one of the top young coaches available and I know he will follow in the footsteps of many great Chiefs coaches before him.”

Maglio has six years of coaching experience in total, mostly as an assistant (2015-17) and head coach (2017-19) with the Prince George Spruce Kings of the British Columbia Hockey League (BCHL). The Spruce Kings jumped 18 points and 12 wins in his first year as head coach in 2017-18, finishing 33-17-4-4 during the regular season to earn a Mainland Division title. They made a deep playoff run that ended with a loss in the league finals.

Maglio also coached the team to the annual Doyle Cup trophy with a 4-2 series win over the Brooks Bandits of the Alberta Junior Hockey League (AJHL) before narrowly losing to the hosting Bandits in the finals of the National Junior A Championship.

“I look forward to continue working with our players and staff,” Maglio added. “We want to be a consistent team. To be consistent, I believe it starts with our team culture, competitive level and a growth mindset collectively. We will work extremely hard as a staff to achieve these goals and ultimately develop both our players and our team game.”

The Chiefs’ search for a new assistant coach will begin immediately.

🤝 | The Chiefs are thrilled to announce that Associate Coach Adam Maglio will become the 14th head coach in franchise history.