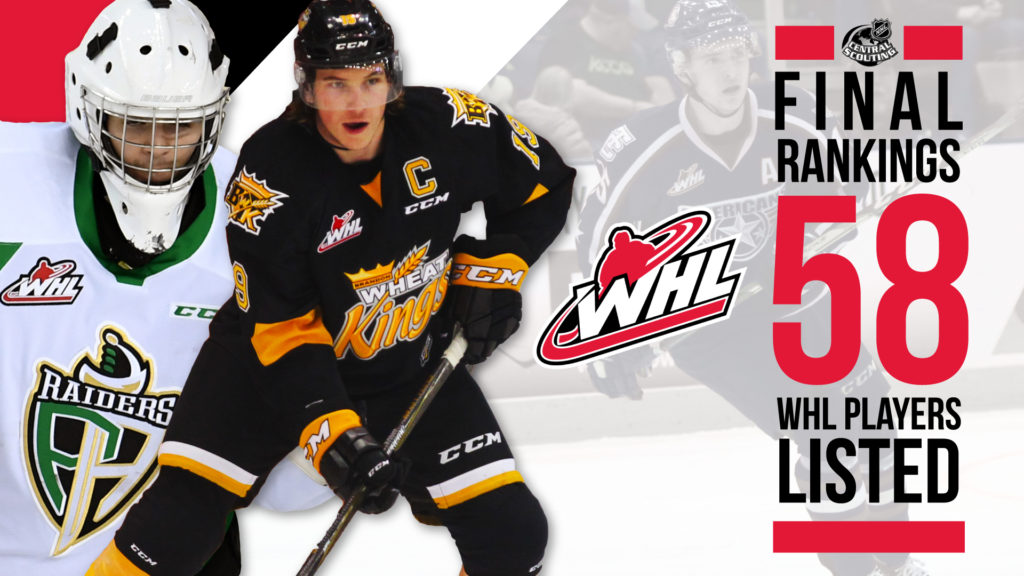 Calgary, Alta. – The Western Hockey League announced today that 58 WHL players have been listed by NHL Central Scouting in its final rankings in advance of the 2017 NHL Draft, scheduled for June 23 and 24 in Chicago.

Heading the list is Nolan Patrick (Winnipeg, Man. / Brandon Wheat Kings), who was ranked first among North American skaters on both the midterm and final rankings. Joining Patrick in the top five is Michael Rasmussen (Surrey, B.C. / Tri-City Americans), ranked fifth after having moved up from sixth in the midterm rankings. Rounding out WHL representation in the top 10 is Cody Glass (Winnipeg, Man. / Portland Winterhawks), ranked sixth after having advanced from eighth in the midterm rankings.

Of the 58 WHL players listed in NHL Central Scouting’s final rankings, two have been nominated for WHL Awards, including Heponiemi (Jim Piggott Memorial Trophy – Rookie of the Year) and Tyler Steenbergen (Brad Hornung Trophy – Most Sportsmanlike Player of the Year), both of the Swift Current Broncos.

At the 2016 NHL Draft, a total of 34 WHL players were selected, including four during the first round.