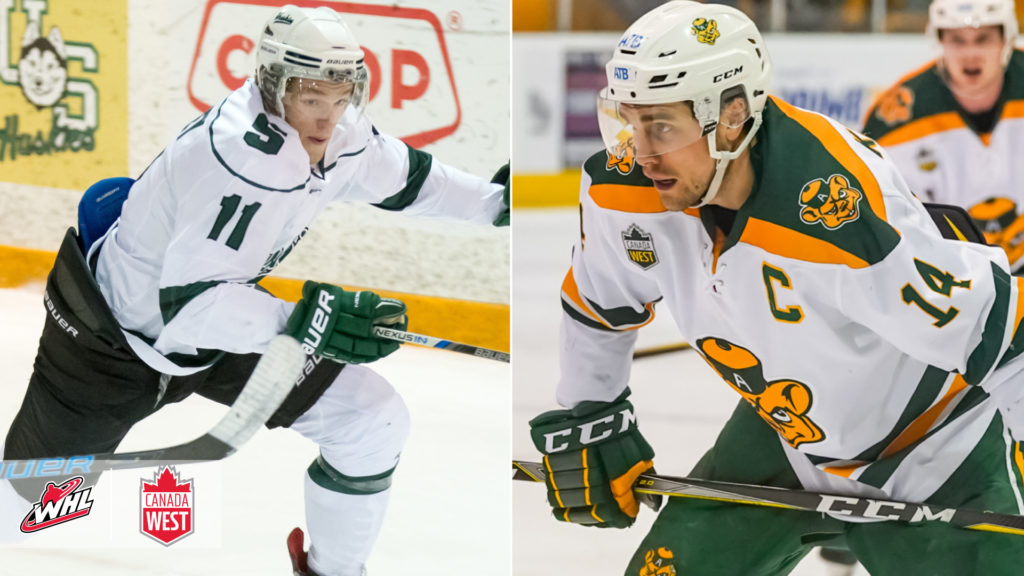 Edmonton, Alta. – Familiar foes meet this weekend in the Canada West Men’s Hockey Final, and there will be plenty of recognizable faces for fans of the Western Hockey League.

A combined 49 WHL grads dot the rosters of the Saskatchewan Huskies and Alberta Golden Bears, who will be relying heavily on products of the WHL to claim conference bragging rights when the best-of-three CW Final opens Friday night in Saskatoon. 23 Huskies have WHL experience, while Alberta has 26 players on their roster with WHL résumés.

The series is the 17th CW Final meeting between the conference’s most successful men’s hockey programs since 1997, and fourth consecutive.

The two rosters feature no shortage of players who had outstanding WHL careers, as the 49 WHL grads combined for 12,722 games played and 6,758 points during their time playing major junior hockey across Western Canada and the United States.

Among the WHL Grads in the series are 2018-19 CW major award winners Luke Philp (Player of the Year), Grayson Pawlenchuk (Rookie of the Year), Jason Fram (Defenceman of the Year), and Riley Kieser (Student-Athlete) of Alberta, along with Saskatchewan’s Taran Kozun (Goaltender of the Year).

The 49 WHL grads competing in the CW Final are part of more than 140 WHL grads who played in CW this season, and the more than 380 total WHL Scholarships granted by the WHL and its member clubs this season.

Last season, the teams also had a combined 49 WHL grads on their rosters when they met in the CW Final, as Alberta won their second consecutive CW banner, en route to a University Cup victory.

You can watch the Huskies and Bears in the best-of-three CW final by tuning into Canada West TV – the official streaming home of every conference men’s hockey game.

Game 1 of the series goes Friday at 7:00 p.m. CT. For a complete look at the CW final schedule, click here.