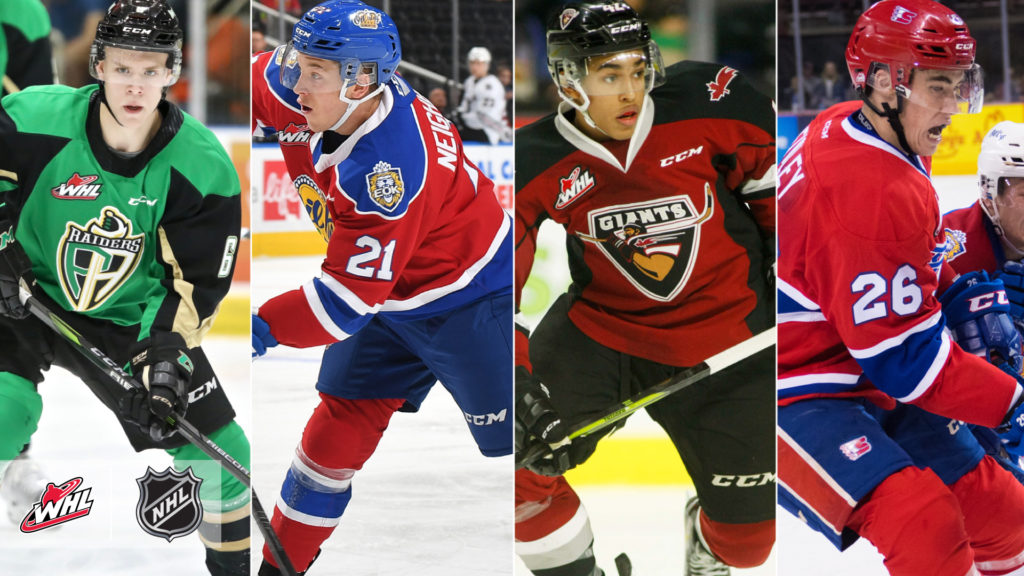 In total, 21 of 22 WHL member Clubs are represented in the ‘Players to Watch’ list. The Portland Winterhawks lead all WHL teams with five players on this year’s initial list, followed by four from the defending WHL Champion Prince Albert Raiders. The Brandon Wheat Kings, Edmonton Oil Kings, Kamloops Blazers, Lethbridge Hurricanes, and Vancouver Giants each have three players listed. Six WHL teams are represented by a pair of players while eight have a single player on the list.
The positional breakdown of this year’s initial list favours WHL forwards, with 22 named to the list. The blue line has strong representation as well, providing 17 names to the list. Five WHL goaltenders also made the grade. Eleven WHL players selected in the Canadian Hockey League Import Draft were named to the list, including Swift Current Broncos defenceman Kasper Puutio, the first-overall selection from the 2019 CHL Import Draft.