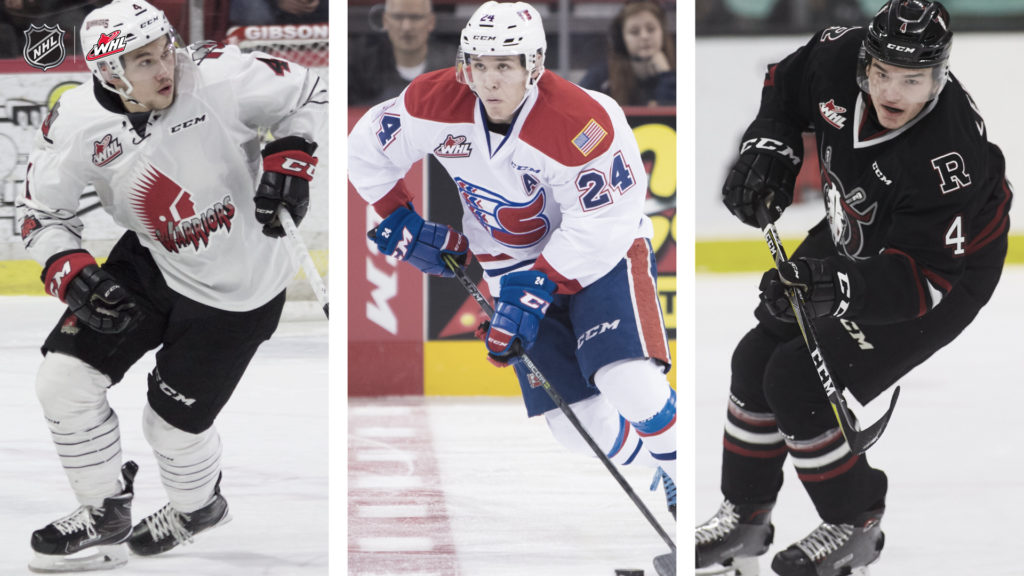 Calgary, Alta. – The Western Hockey League announced today 43 WHL players have been listed by NHL Central Scouting in its midterm rankings in advance of the 2018 NHL Draft, scheduled for June 22-23 in Dallas, Texas.

The Calgary Hitmen and Red Deer Rebels sit just behind the Giants, each with four players named in the NHL Central Scouting midterm rankings. The Brandon Wheat Kings and Moose Jaw Warriors each boast three players.

Of the 43 WHL players listed in the NHL Central Scouting midterm rankings, eight will participate in the 2018 Sherwin-Williams CHL/NHL Top Prospects game, scheduled for Thursday, January 25 (5 p.m. MT), in Guelph, Ont. Included among those eight is Smith of the Chiefs, who will captain Team Orr. The Giants’ Roman had previously been named to the annual outing, but will miss due to injury.

At the 2017 NHL Draft, a total of 33 WHL players were selected, including seven in the first round.