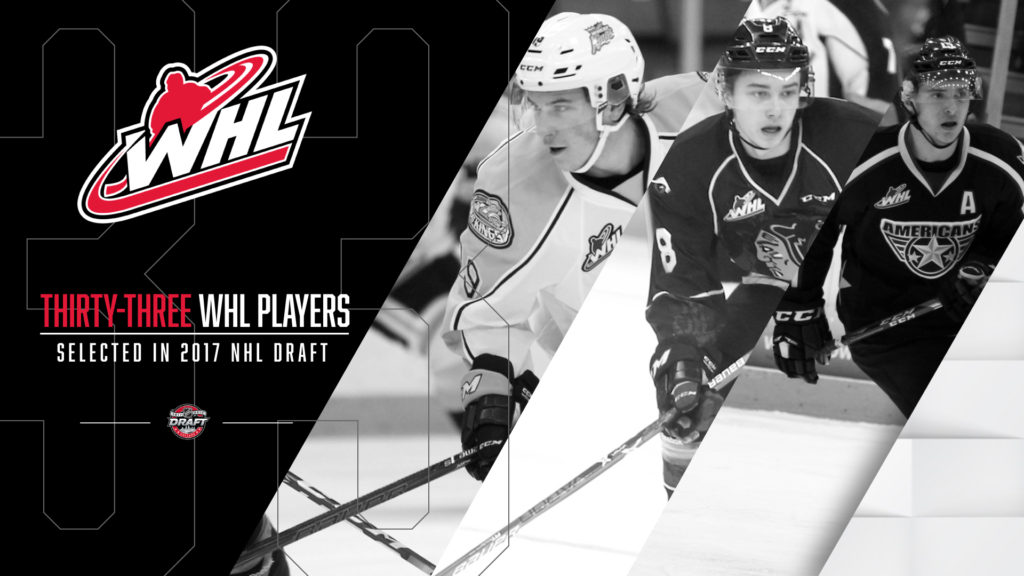 Chicago, Ill. – The Western Hockey League is proud to announce 33 WHL players have been selected in the 2017 NHL Draft, which concluded today at the United Center in Chicago.

Among WHL clubs, the Tri-City Americans and Portland Winterhawks led the way with each having four players selected in the 2017 NHL Draft. The Brandon Wheat Kings, Spokane Chiefs and Medicine Hat Tigers each provided three players, while 17 of the WHL’s 22 teams had players taken on draft day.