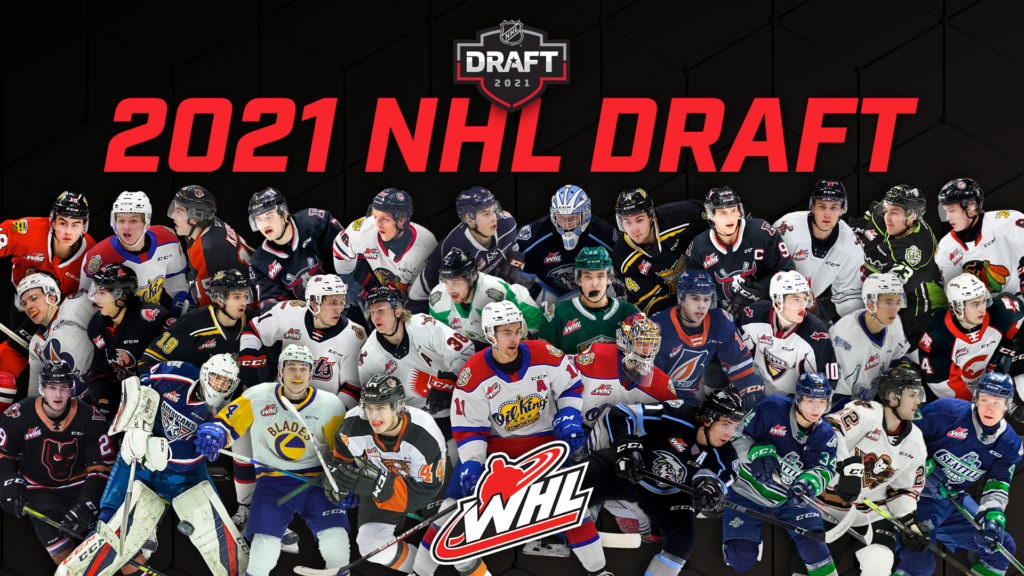 Calgary, Alta. –  The Western Hockey League is proud to announce 33 WHL players have been selected in the 2021 NHL Draft, conducted virtually over the course of Friday, July 23 and Saturday, July 24.

Of the 33 WHL players selected, 14 were called during the first three rounds of the 2021 NHL Draft, including five in the first round, six in the second round, and three in the third round.

The Edmonton Oil Kings led the way among WHL Clubs with four players selected. In addition to the selection of Guenther and Cossa in the first round, forward Carson Latimer was selected 123rd overall by the Ottawa Senators, while forward Jalen Luypen was selected 216th overall by the Chicago Blackhawks.