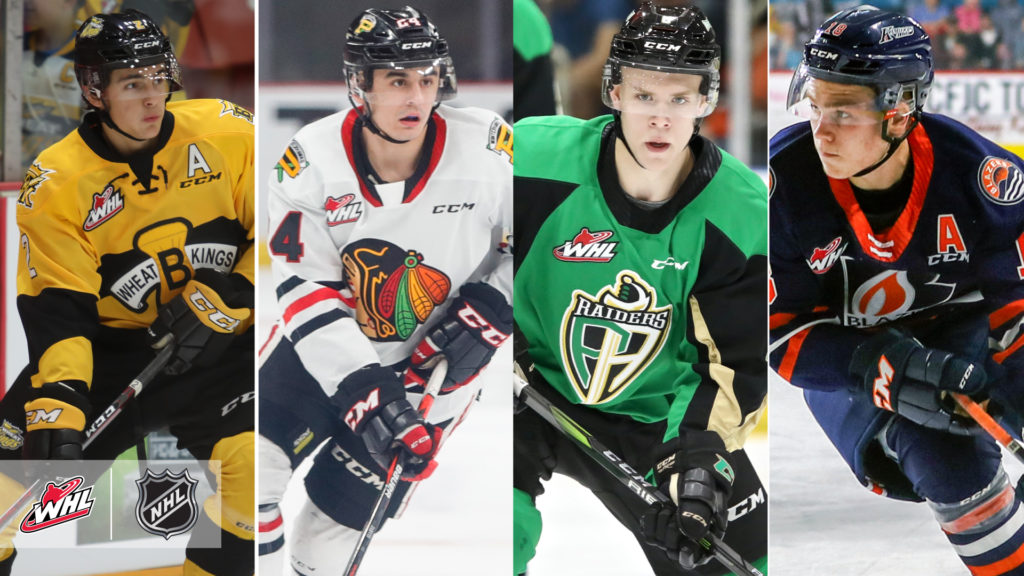 Calgary, Alta. – The Western Hockey League is proud to announce 28 WHL players have been selected in the 2020 NHL Draft, conducted online over the course of Tuesday, October 6 and Wednesday, October 7.

Of the 28 WHL players selected, 14 were called during the first three rounds of the 2020 NHL Draft, including seven in the first round, four in the second round, and three in the third round.

The Brandon Wheat Kings led the way among WHL Clubs with four players selected. In addition to the selection of Schneider and Greig in the first round, forward Cole Reinhardt was selected 181st overall by the Ottawa Senators, while forward Ben McCartney was chosen 204th overall by the Arizona Coyotes.

All seven WHL players selected in the first round of the 2020 NHL Draft appeared in the 2020 Kubota CHL/NHL Top Prospects Game in Hamilton, Ont.