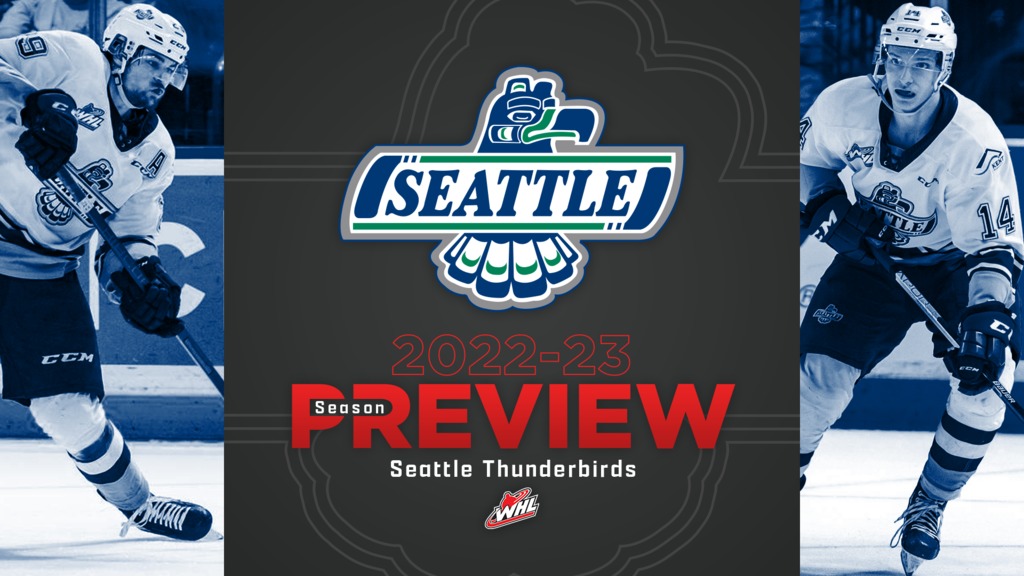 The Seattle Thunderbirds enjoyed a remarkable run to the WHL Championship series in 2022, overcoming a pair of series deficits to win their third Western Conference title in the past six years. This year, the expectation is to build upon last season’s success, and despite some high-profile departures over the summer the Thunderbirds are poised to be a difficult opponent in the Western Conference once again this season. The Puget Sound is enveloped in the midst of a hockey renaissance; the Thunderbirds are eager to spread their wings and retain their place right in the thick of the action.

Key Returners
Jared Davidson led the Thunderbirds with a breakout 42-goal, 89-point season in 2021-22, the fifth-round selection of the Montreal Canadiens is certain to play a starring role again this season along with 32-goal man Reid Schaefer. Kevin Korchinski is the jewel in the crown of the Seattle defence; the 18-year-old put up 61 assists and 65 points in 2021-22 and was the first WHL player chosen at the 2022 NHL Draft, going seventh-overall to the Chicago Blackhawks. Thomas Milic and Scott Ratzlaff are a formidable tandem in goal for Seattle, while the likes of Calgary Flames prospect Lucas Ciona, defenceman Jeremy Hanzel and Washingtonian Mekai Sanders add veteran leadership to an already strong returning cast. 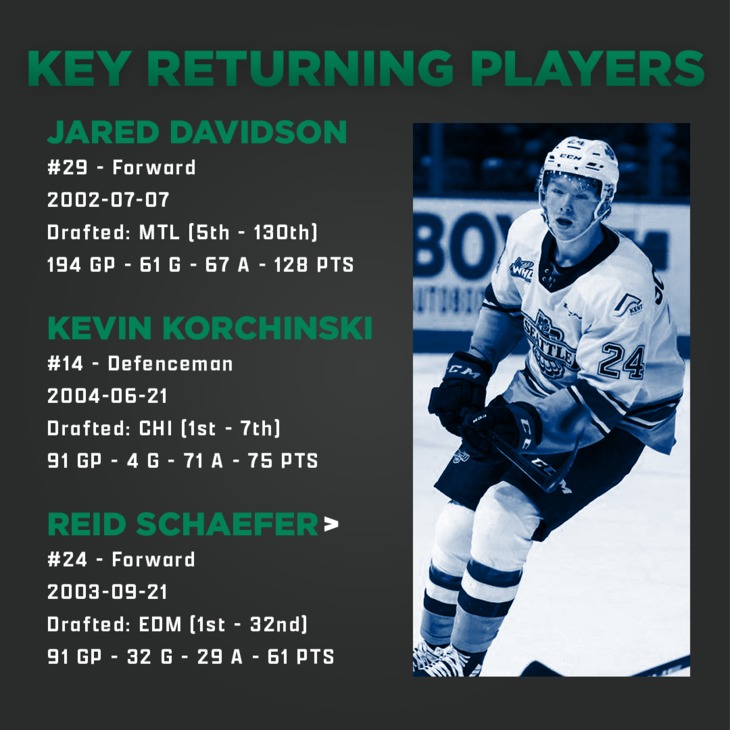 Who’s In And Out
Seattle general manager Bil La Forge made a splash at the beginning of September, dealing for 20-year-old forward Kyle Crnkovic from the Saskatoon Blades in a deal that saw Dallas Stars prospect Conner Roulette head East. Crnkovic finished fifth in League scoring a season ago with 94 points and has fit in seamlessly so far in his new city. Forward Gracyn Sawchyn, the first-overall pick in the 2020 U.S. Priority Draft and a 2023 NHL Draft prospect, led Seattle in scoring during the pre-season after joining the Thunderbirds from the U.S. National Team Development Program in the USHL. Tij Iginla, the son of Hockey Hall of Famer and WHL Alumnus Jarome Iginla, is set to make his full-time WHL debut up front for Seattle, too.

NHL Draft Prospects
Sawchyn is certainly a name to watch in Seattle ahead of the 2023 NHL Draft, but so too is goaltender Scott Ratzlaff. The product of Irma, Alta. went 17-2-1-0 as a 16-year-old with the Thunderbirds a season ago and is a recent gold medalist with Canada at the Hlinka Gretzky Cup, where he played the lion’s share of the minutes in goal. Forward Nico Myatovic has quietly emerged as a solid two-way forward, chipping in with 28 regular season and eight playoff points last season. 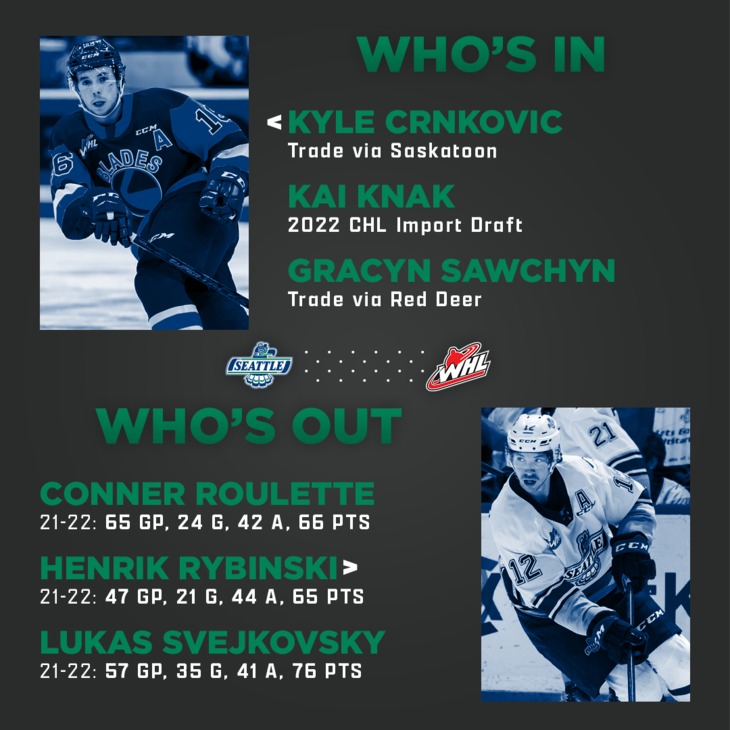 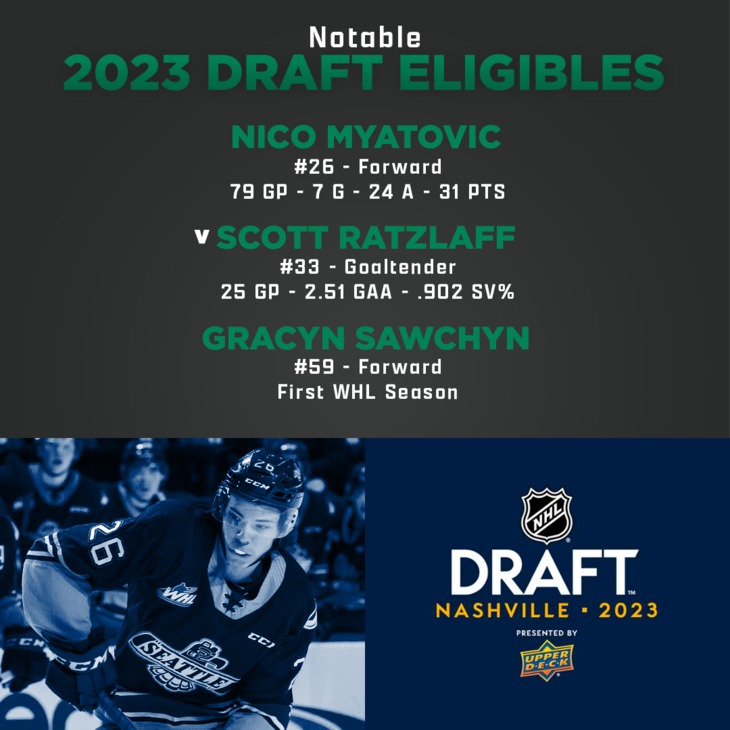