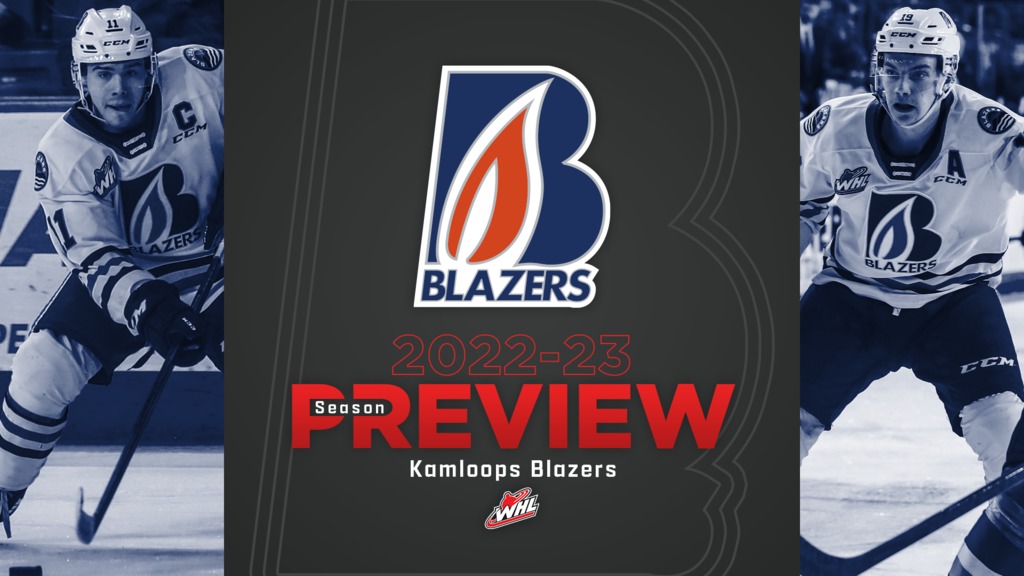 The city of Kamloops will live up to its billing as Canada’s Tournament Capital next May when the Blazers play host to the 2023 Memorial Cup presented by Kia. But this Blazers team is intent on winning their way to the event this spring. After another successful regular season, Kamloops came within a whisker of reaching the 2022 WHL CHampionship Series. This year, hometown hero Logan Stankoven will lead the Blazers back to the national stage, and with a solid cast of characters the team is hopeful they’ll have a starring role in the 2022-23 WHL season’s final act.

Key Returners
The Blazers boast several high-octane returnees that should again excite fans in B.C’s Interior this coming season. Reigning WHL and CHL Player of the Year Logan Stankoven led all Western Conference skaters with 104 points during the 2021-22 Regular Season, then followed that up by scoring 17 times in 17 games, leading all contestants in the 2022 WHL Playoffs with 31 points. Fraser Minten was selected in the second round of the 2022 NHL Draft by the Toronto Maple Leafs and along with returning NHL prospects Caedan Bankier, Daylan Kuefler and Matthew Seminoff was one of six Blazers to score 20 or more goals last season. Ethan Brandwood and Logan Bairos will be anchors on the blue line along with newcomer Kyle Masters. 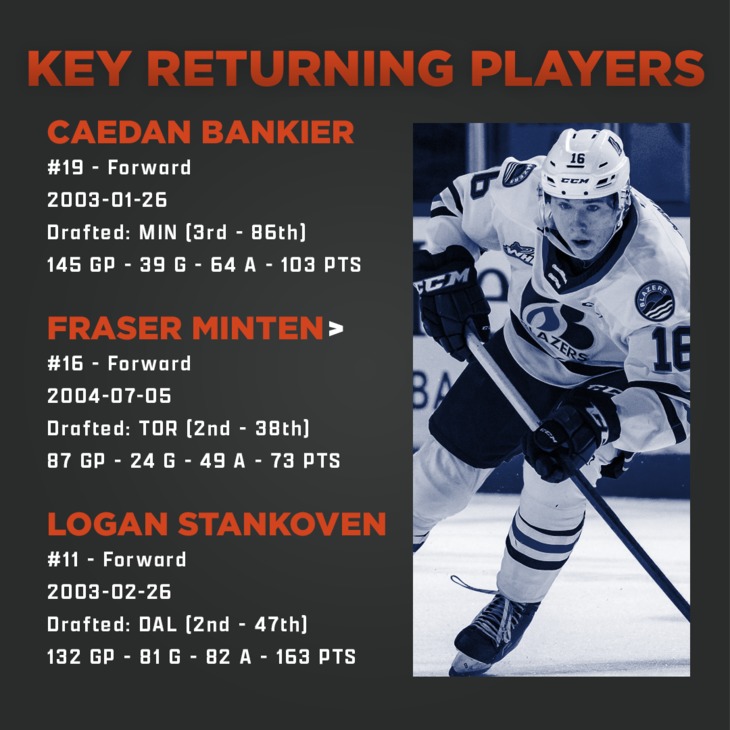 Who’s In And Out
Kamloops welcomed two new imports into the fold this fall in Finnish defenceman Aapo Sarell and Czech netminder Michael Schnattinger. The aforementioned Masters, a 2021 Minnesota Wild draftee, joins via trade from the Red Deer Rebels. The team also recently added size and depth at the forward position, acquiring Ashton Ferster from the Medicine Hat Tigers. 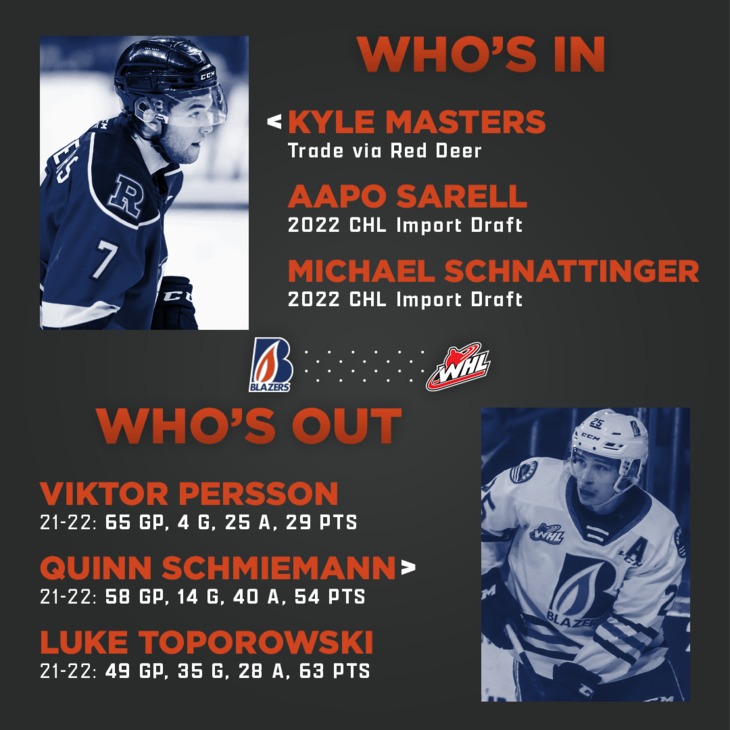 NHL Draft Prospects
Forward Connor Levis earned WHL Scholastic Player of the Year honours in 2021-22, becoming the second Blazer in three years to win the Daryl K. (Doc) Seaman Memorial Trophy. Levis coupled his work in the classroom with a 42-point effort on the ice for Kamloops last year; he headlines the list of 2023 NHL Draft-eligible players along with defencemen Kaden Hammell and Ryan Michael. Hammell is poised for a big year, having put up 14 points and a +8 rating on a deep Blazers blueline in 2021-22. 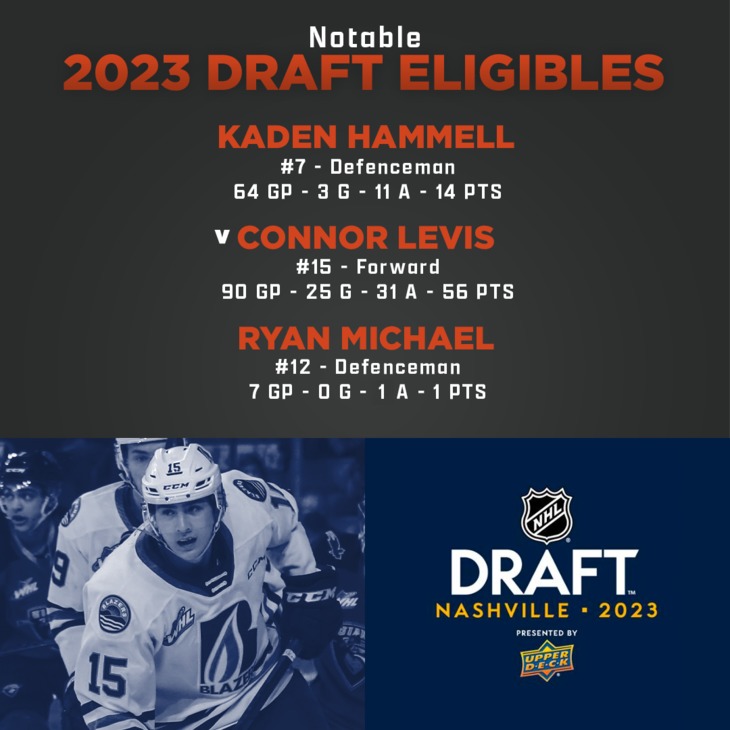