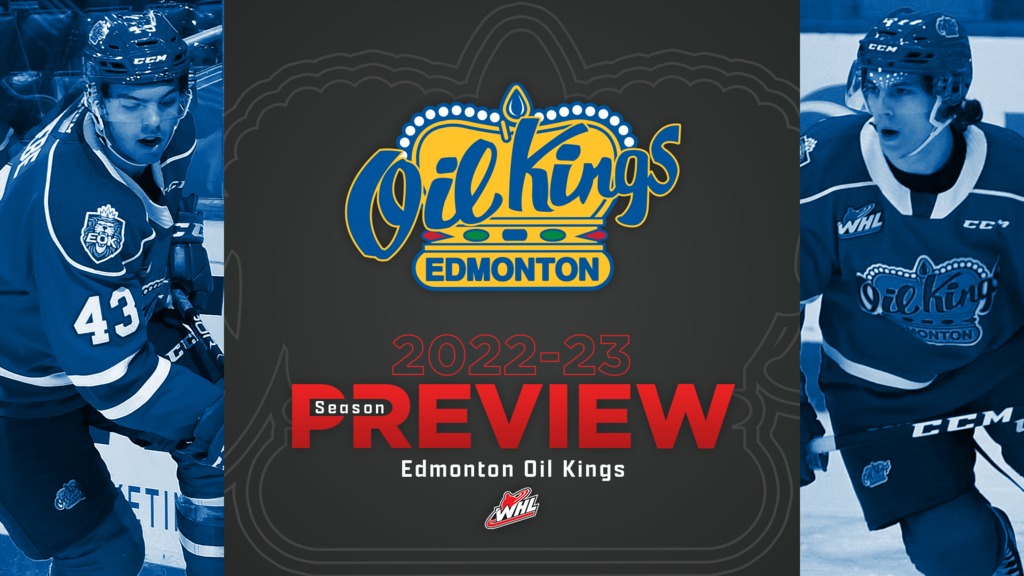 The Edmonton Oil Kings reached the top of the WHL mountain in June, becoming the first Club in three years to lift the Ed Chynoweth Cup, doing so with a bevy of NHL prospects including four first-round NHL Draft selections. With success comes change, both on the ice and behind the bench, but new head coach Luke Pierce and his roster begin the season with Championship memories and lessons learned, and Edmonton will look to defend its WHL crown with the same gusto with which it was claimed earlier this year.

Key Returners
The Oil Kings will lean heavily on the experience of their returnees this seson including 20-year-olds Jaxsen Wiebe and Logan Dowhaniuk. Wiebe put up 36 points in his first season in Edmonton in 2021-22 and was a difference-maker during the Club’s run to the WHL Championship, while Dowhaniuk equaled Wiebe’s regular-season points total and chipped in offensively with some timely tallies. Slovak forward Jakub Demek, a prospect of the Vegas Golden Knights, is eligible to return and provides significant size and scoring touch from in close. Dylan Guenther, the ninth-overall selection by the Arizona Coyotes in the 2021 NHL Draft, is eligible to return as a 19-year-old but is likely to earn a look at the professional level; he led the Oil Kings with 45 goals and 91 points a season ago. 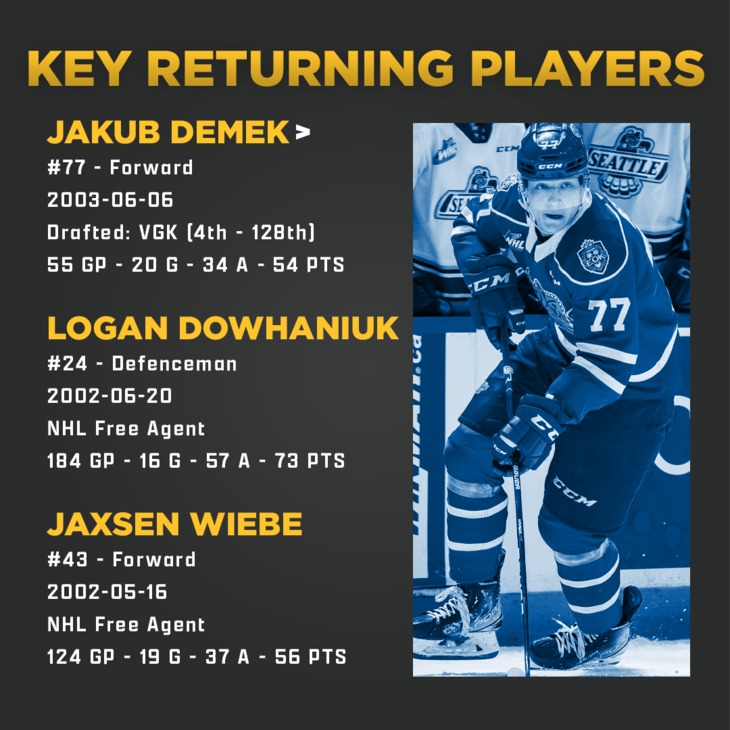 Who’s In And Out
Edmonton was a powerhouse last season and had the NHL prospects to prove it. First-round picks Sebastian Cossa, Kaiden Guhle and Jake Neighbours are certain to graduate to professional hockey, while head coach Brad Lauer has also moved back to the NHL, taking a position with the Winnipeg Jets. Forward Gavin Hodnett earned some valuable experience by joining the Oil Kings for their playoff run last spring, while Edmonton GM Kirt Hill swung an August blockbuster to land veteran forward Rhett Melnyk and defenceman Bryson Andregg from the Tri-City Americans; Melnyk had 24 points in Tri-City a season ago. German import Luca Hauf is another name to watch: he represented his country at the 2022 IIHF World Junior Championship and earned an invite to Edmonton Oilers camp this month. 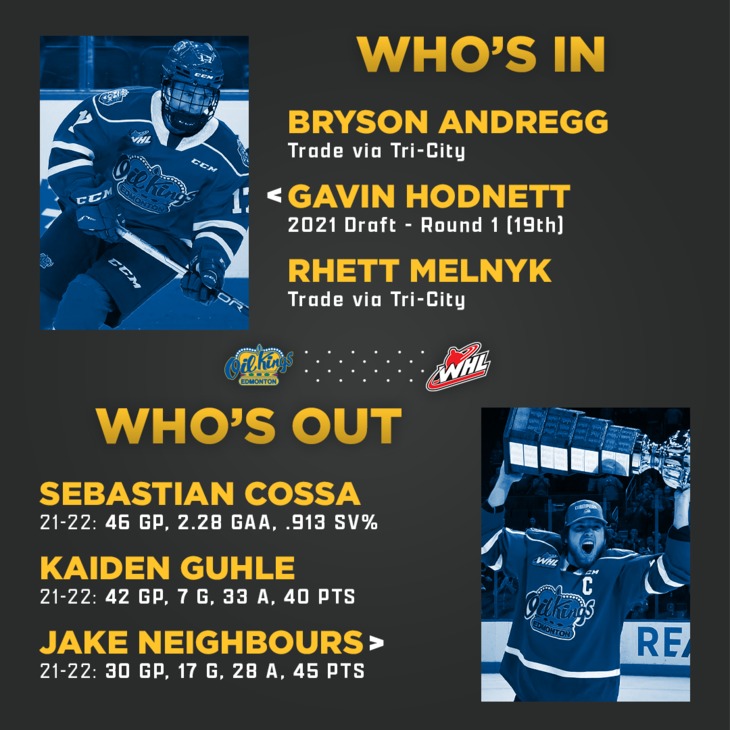 NHL Draft Prospects
Forwards Cole Miller and John Szabo both played depth roles in Edmonton last season and will earn promotions in 2022-23; Miller in particular is a former first-round pick in the WHL Draft. Defenceman Carter Kowalyk plays a smooth, steady game on the blue line while learning from the likes of Kaiden Guhle and Luke Prokop. Forward Dawson Seitz has offensive skill as well and will be leaned upon this season. 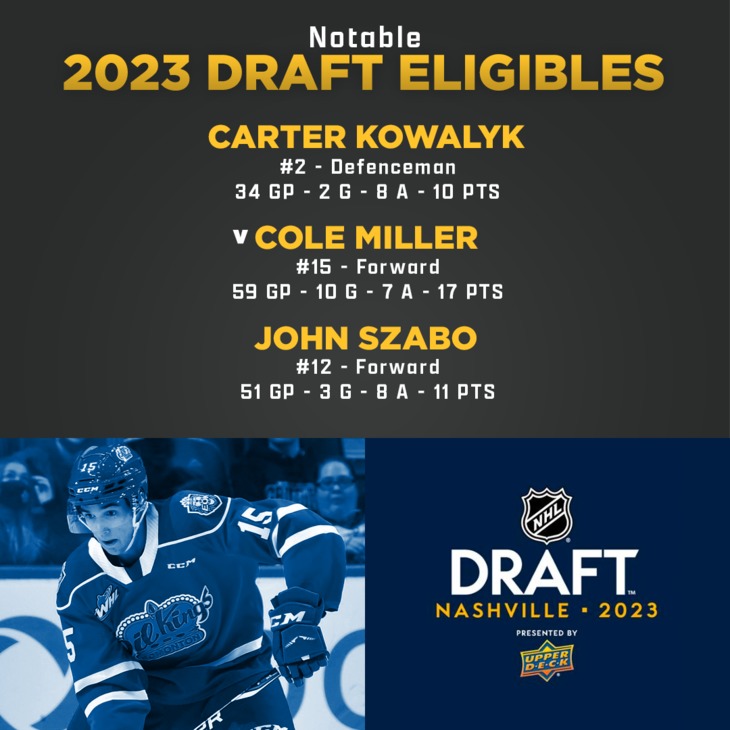