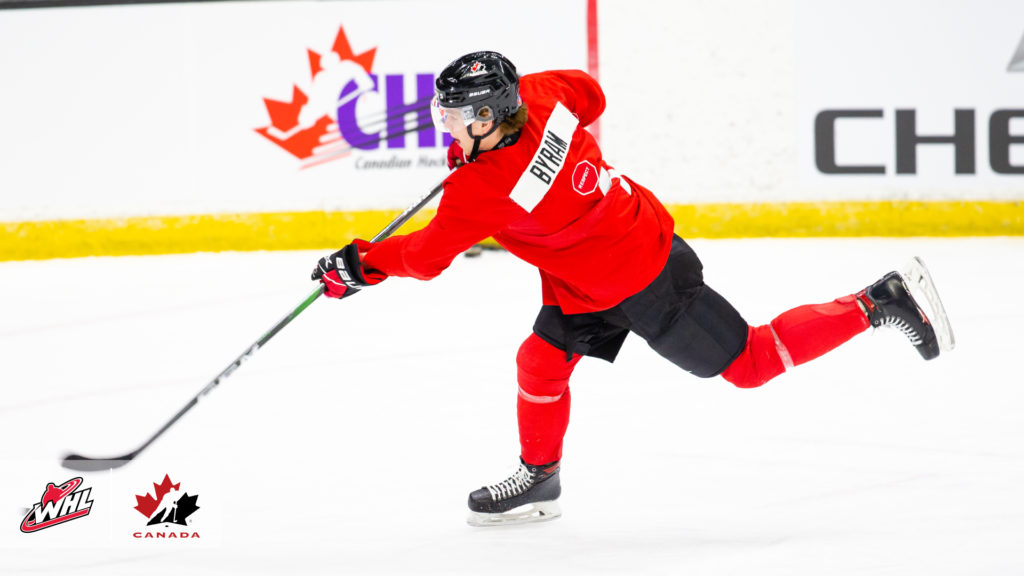 Edmonton, Alta. – Canada knocked off the rust Wednesday night, securing a 1-0 victory over Russia in the lone pre-tournament tune-up for both squads ahead of the 2021 IIHF World Junior Championship.

Despite the 1-0 victory, perhaps the biggest moment of the game came late in the third period of play. After a neutral zone collision, Canada’s captain Kirby Dach – a former Saskatoon Blade – left immediately down the tunnel and did not return to the bench. Dach’s status will need to be monitored heading into the tournament opener versus Germany, scheduled for December 26 at 3:30 p.m. MT.

Canada’s lone goal of the contest came 3:52 into the third period, courtesy of OHL defenceman Jamie Drysdale (Erie Otters) with an assist going to Vancouver Giants defenceman Bowen Byram. The long point shot found the top corner behind Russian netminder Artur Akhtyamov and went on to stand as the game-winner.

Both teams finished with 23 shots apiece.

Canada’s next contest comes on Saturday, December 26 at 3:30 p.m. MT when they take on Germany in their first round-robin game of the tournament. The 2021 IIHF World Junior Championship opens on Christmas Day with three games – Switzerland vs. Slovakia (12 p.m. MT), Germany vs. Finland (4 p.m. MT), and Russia vs. United States (7:30 p.m. MT).

GAME OVER! @DevonLevi33 finishes the 23-save shutout, @jamiedrysdale02 scores the lone goal and 🇨🇦 blanks 🇷🇺 in pre-tournament play.

Up next: 🇩🇪 on Boxing Day