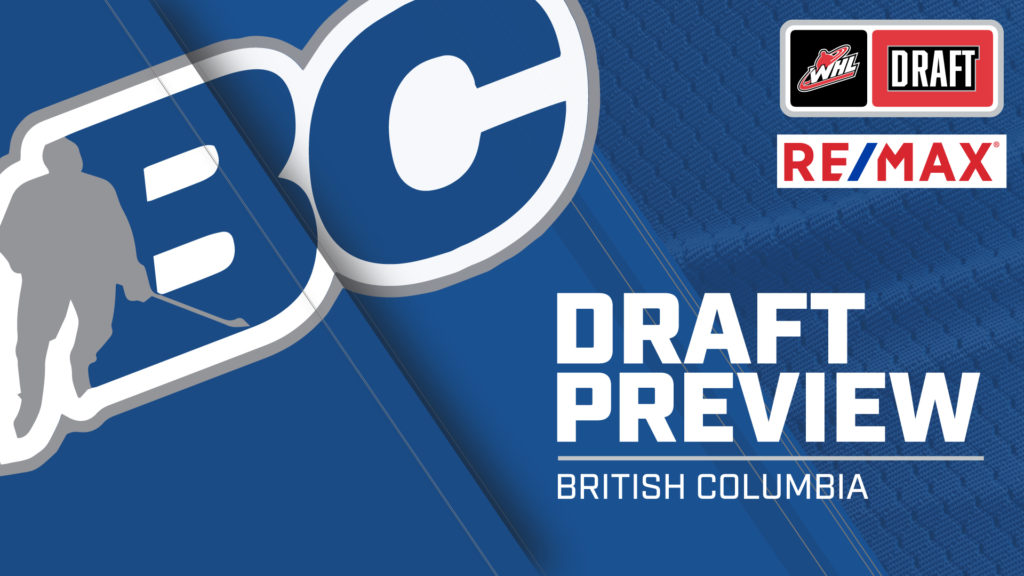 Led by the exceptional Connor Bedard, the province of British Columbia is primed to see their province shine on the virtual stage at the 2020 Western Hockey League Bantam Draft.

Conquering the final hurdle in late March, Bedard became the first person to be granted exceptional status for eligibility in the WHL. Already regarded as the top player available before the decision came down from BC Hockey and a Hockey Canada Special Evaluation Panel, Bedard’s ability to play in the WHL as a 15-year-old with his current set of skills is a perfect match.

“It’s pretty clear when you watch him play that he is one of the most driven kids I’ve seen.”

Playing for the West Vancouver Academy’s U18 Prep team in the Canadian Sport School Hockey League (CSSHL), Bedard tallied 84 points (43G-41A) over 36 games. As an underage player in the CSSHL’s U18 Division this season, Bedard led the league in goals, overall scoring and earned the league’s Most Valuable Player Award.

“All he needs to do is get inside the blue line and he’s a threat to score,” Hodder said.

That has fans of the Regina Pats anticipating what they expect to be a simple formality next Wednesday. The day after Bedard was granted exceptional status, the Pats retained the first-overall selection following the 2020 WHL Bantam Draft Lottery. If anyone can handle the expectations though, it’s Bedard.

“Coming to the WHL at 15 is going to be an adjustment for him,” Hodder said. “From everything I’ve heard, this is the type of player that you would hope would get the exceptional status because everything he does has been exceptional up to this point.”

While the spotlight shines brightly on Bedard, the province will feature prominently in the draft’s early rounds as well.

“This is a group, that next year when you’re looking at the Team B.C. for the WHL Cup, this is a team that is going to be a very smart, disciplined team,” Hodder said. “They’re very smart and they’re very competitive.”

Defenceman Lukas Dragicevic is part of that expanding spotlight and will be a name teams will look to in order to solidify their blue line for the future. Patrolling the blue line of the Delta Hockey Academy this season, he recorded 52 points (8G-44A) in 30 games. In addition to being offensively talented, the 14-year-old brings a 6-foot-0, 163-pound frame that makes him physically intimidating for opponents to face.

“He’s an interesting player because he is offensive, he’s big, he can play the physical game,” Hodder said. “He’s that all-around defenceman that teams are going to be looking for.”

Dragicevic also brings WHL bloodlines to this year’s draft as the son of Milan Dragicevic, who played in the WHL between 1986 and 1990 and was the long-time head coach for the University of British Columbia Thunderbirds men’s hockey team before switching to the Delta Hockey Academy for the start of the 2018-19 season.

“He’s a guy that really caught my eye this year at the John Reid Memorial Tournament,” Hodder said. “He’s a very talented forward, who I expect to see off the board pretty quick.”

Standing out on the blue line, Kamloops, B.C. product Tanner Moledyk excelled at the Yale Hockey Academy, tallying 55 points (9G-46A) in 27 games this season. As part of a strong contingent of Kamloops-born players at the academy, Moledyk drew a strong comparison from Hodder.

“He is a guy who is the same mould as Ryan Murray,” Hodder said. “[He’s] incredibly smart and incredibly detailed-oriented around the ice.

With a skilled class of players ready to hear their name called early and make their impact on the WHL in the present and future, players from B.C. have high hopes for what Wednesday will bring.

As for their future, Hodder sees the field of talent in the province as ‘very competitive’, a trait that is hard to master, but well worth it in the end.

“That’s a characteristic that is hard to coach, is hard to teach, and it’s something that every single team is looking for.”