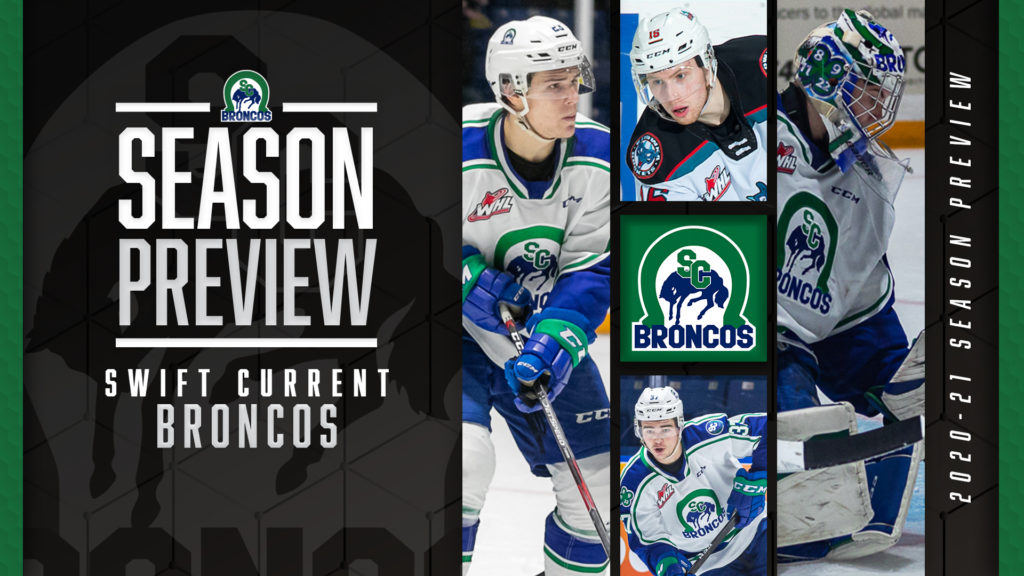 Overview: Youth springs eternal for the Swift Current Broncos entering the unprecedented and abbreviated 24-game 2020-21 WHL Regular Season, with 11 players on the roster born between the years 2003 to 2005.

Key Players: Up front, 19-year-old Aiden Bulych of Foam Lake, Sask., will have an opportunity to step into a leadership role after registering 14 goals during the 2019-20 season. He’s joined up front by 20-year-old Michael Farren, a WHL journeyman, who brings with him 225 games of WHL experience and 84 points (28G-56A) across four seasons in the league.

On the blueline, it’s Kaleb Bulych – the 21-year-old brother of Aiden – who looks to anchor the backend for the Broncos. A member of the Vancouver Giants squad that advanced to Game 7 of the WHL Championship, the elder Bulych has 213 career WHL regular season games under his belt. He’s joined by fellow overage blueliner Owen Williams, who was recently acquired off waivers by the Broncos. Williams, a product of Delta, B.C., is a veteran of 190 career WHL regular season contests, split between the Regina Pats and Seattle Thunderbirds.

Between the pipes, the resilient Isaac Poulter returns for his second campaign as the starter and third season with Swift Current. A 19-year-old product of Winnipeg, Man., Poulter saw action in a career-high 47 games during the 2019-20 season, building upon the 25 appearances he made in 2018-19. Over two WHL seasons, Poulter has faced an average of nearly 39 shots per game, so you know he can hang in there with the best of them.

For the first time in 358 days, the Swift Current Broncos hit the ice pic.twitter.com/ZsWeD1LEPY