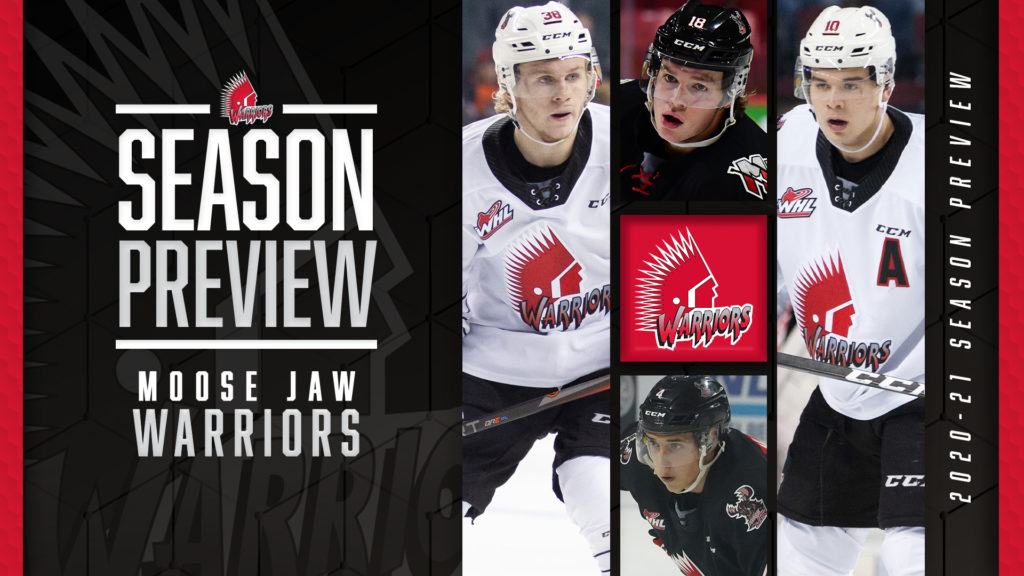 Overview: It’s Ryder Korczak’s world, we’re all just living in it. The 5-foot-11, 170-pound pride of Yorkton, Sask., was outstanding in his first season with the Warriors, leading the Club in scoring as a 17-year-old with 67 points in 62 games. Heading into 2020-21, Korczak finds himself atop the NHL Central Scouting Players to Watch List, ranked as an ‘A’ prospect and projected to hear his name called in the first round of the 2021 NHL Draft. Without question, Korczak is the fuel behind this Warriors team.

This is a young Warriors squad, but with some highly-skilled offensive talent emerging, Moose Jaw could surprise. Forward Eric Alarie is another NHL Draft-eligible forward on the Central Scouting radar, as is defenceman Cole Jordan. With the departure of players like Martin Lang, Owen Hardy, and Chase Hartje, there is plenty of leadership opportunity to be had.

Key Players: With hockey season on hold virtually everywhere due to the ongoing COVID-19 pandemic, unique opportunities have been presented for players like Brayden Yager. A 2005-born forward who was selected third overall in the 2020 WHL Draft, the product of Saskatoon was not expected to be eligible for action until the 2021-22 WHL season. But in the name of development, the supremely talented Yager will suit up for the Warriors and will add to an electric group of 2005s in the East Division, led of course by Connor Bedard of the Regina Pats.

With three 20-year-olds up front, the Warriors will rely on Riley Krane, Brad Ginnell, and Tate Popple to provide guidance for the likes of Yager and 2004-born Jagger Firkus.

The Warriors blueline will be anchored by Minnesota Wild prospect Daemon Hunt, who was selected in the third round (65th overall) of the 2020 NHL Draft after battling through injuries during the 2019-20 WHL season. The product of Brandon, Man., brings a mean two-way presence and has the potential to dictate the play when he hits the ice.

Speaking of having the ability to dictate the play, there are mighty high hopes for 16-year-old blueliner Denton Mateychuk – another Manitoban – who was the 11th overall selection in the 2019 WHL Draft. The 5-foot-11, 192-pound defenceman skated in seven WHL games as an affiliate player in 2019-20, recording two points (1G-1A).

In the crease, it is veteran netminder Boston Bilous who will be relied upon for stability after the departure of American-born Brock Gould, who was traded to the Portland Winterhawks earlier this spring. A native of Langley, B.C., Bilous has appeared in 80 career WHL regular season contests and was a member of the 2019 WHL Championship Prince Albert Raiders.

Tidbits: Longtime General Manager Alan Millar has moved on from the Warriors after accepting a role as the Director of Player Personnel with Hockey Canada’s Program of Excellence. Millar joined the Warriors in 2010 and leaves as the longest-serving GM in franchise history. A replacement has yet to be named…