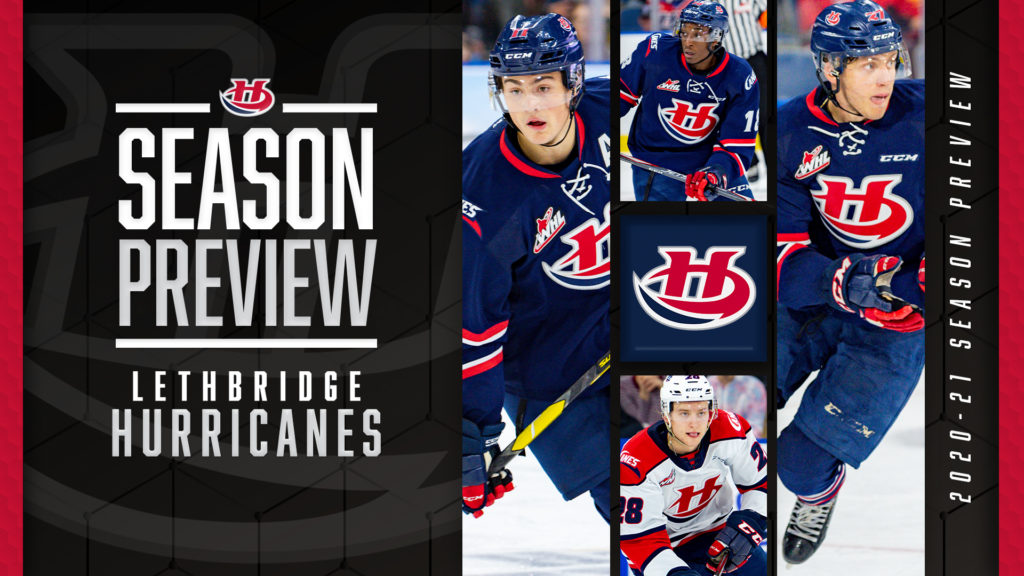 Overview: For the Lethbridge Hurricanes, the 2020-21 WHL season represents the first campaign in a long time that the names Dylan Cozens and Calen Addison won’t be around to lead the charge. While the loss of two superstars is significant, it won’t define the Hurricanes in 2020-21. Rather, it will be the emergence of the next generation of stars in Lethbridge that will carry this Club in 2020-21. Zack Stringer, a 2003-born forward and hometown product is on NHL Draft radars and poised to improve upon an impressive rookie campaign that saw him produce 34 points (11G-23A) in only 48 contests. Defenceman Alex Cotton, fresh off being selected by the Detroit Red Wings in the 2020 NHL Draft, has the opportunity to build upon an incredible breakout season.

Key Players: Humboldt, Sask., native Logan Barlage emerged with a 58-point (20G-38A) season in 2019-20 and as a veteran up front, will be relied upon to provide steady offense from the centre position following the departure of Cozens.

Barlage is joined by freshly-minted captain Dino Kambeitz, who made an impact in his first year in Lethbridge with 29 points (16G-13A) in 52 games.

On the blueline, 2004-born Logan McCutcheon might just be cut from a cloth similar to that of Addison. A highly-touted prospect, selected in the third round (60th overall) of the 2019 WHL Draft, the product of Saskatoon, Sask., resembles Addison in his approach to the game, as well as his physical stature, standing 5-foot-7.

Between the pipes, a solid duo featuring veteran Lethbridge product Carl Tetachuk and Bryan Thomson will provide a steadying presence. Thomson, 18, has been named to NHL Central Scouting’s Players to Watch List for the 2021 NHL Draft.

Tidbits: With the unprecedented 2020-21 WHL Regular Season being played under incredibly unique circumstance, the Hurricanes are going to be living apartment style in a complex occupied solely by the Club and located near the ENMAX Centre. It isn’t quite living in the rink, like their rival Red Deer Rebels, but it is still a darn cool setup… Joining Kambeitz as part of the Hurricanes leadership group are Barlage, Cotton, Justin Hall, and Prowse…