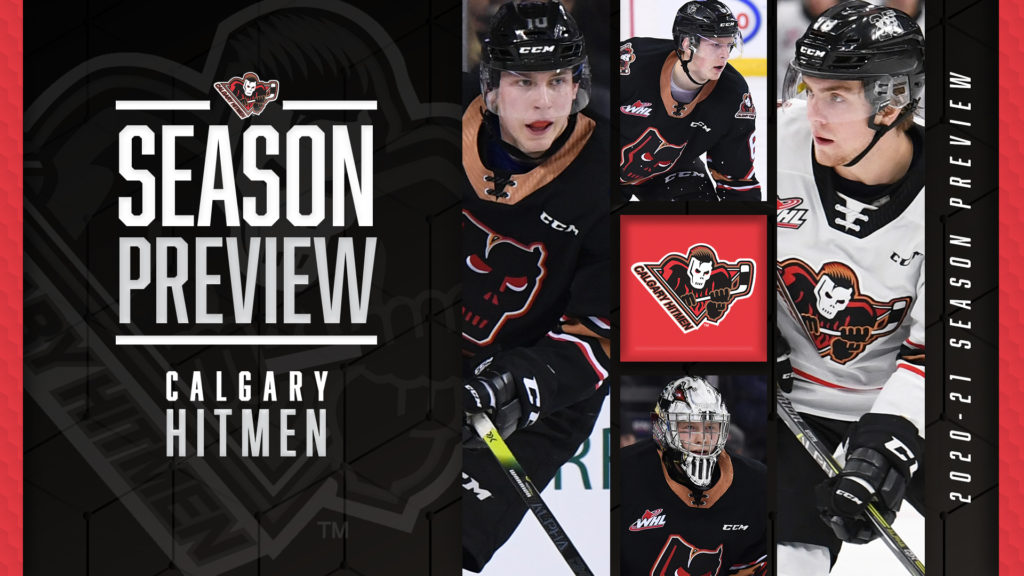 Overview: A handful of key veterans have moved on to the professional ranks, leaving plenty of opportunity throughout the Calgary Hitmen lineup in 2020-21. A couple of key scorers are gone, as captain Mark Kastelic and Carson Focht (32-24–56) graduate to pro. But all that does is make room for the likes of Riley Stotts and Josh Prokop to take on bigger roles in 2020-21. On the blueline, Vancouver Canucks prospect Jett Woo has graduated to pro, along with Egor Zamula and Dakota Krebs.

Key Players: In addition to the veterans Stotts and Prokop shouldering more of the offensive responsibilities, Head Coach Steve Hamilton will look for more from one of his NHL Draft eligible forwards, Sean Tschigerl. The 17-year-old product of Whitecourt, Alta., enjoyed a solid rookie campaign and now finds himself listed by NHL Central Scouting on its Players to Watch List for the 2021 NHL Draft. Aside from Tschigerl, there will be a handful of other youngsters looking to make their mark, including Tristan Zandee (2003), Zac Funk (2003), and Brandon Whynott (2004).

On the blueline, Nashville Predators prospect Luke Prokop will look to take a big step following his draft year, while 6-foot-7 Jackson van de Leest aims to deliver an on-ice presence as big as his smile. Rory Neill (2003) made his WHL debut in 2019-20 and will shoot to work his way into a regular role, along with fellow rookies Grayden Siepmann (2004), a first-round pick from 2019, and recently-signed Owen Palfreyman (2003).

Between the pipes, the Hitmen enter 2020-21 with a dynamic duo in the form of Brayden Peters and Jack McNaughton. The tandem essentially split duties in 2019-20, with McNaughton seeing action in 31 contests and Peters appeared in 35 outings. The win count was dead even between the two ‘tenders, as both secured 17 victories.

Tidbits: With the unique nature of the 2020-21 WHL Regular Season taking shape, the Hitmen have relocated out of the familiar confines of the Saddledome as a result of a full-house including the NHL’s Calgary Flames and the AHL’s temporarily relocated Stockton Heat. With that in mind, the Hitmen will play home games out of the Seven Chiefs Sportsplex on Tsuut’ina Nation, while living out of the Grey Eagle Resort…