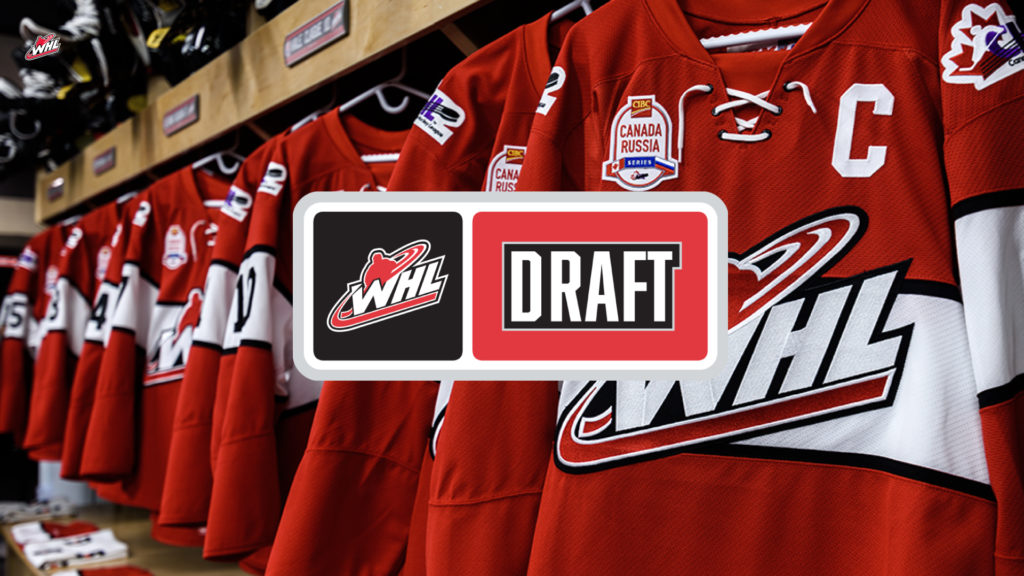 Beginning Thursday at 8:30 a.m. MT, the first round of the 2018 WHL Bantam Draft will be streamed live at WHL.ca and a complete live draft tracker will be available at WHL.ca/draft throughout the day.

The future of three Central Division franchises will play out in the market of another Thursday, May 3 when the 2018 Western Hockey League Bantam Draft takes place in Red Deer, Alta.

The Edmonton Oil Kings, owners of the first overall pick, will have the Kootenay ICE (second overall) and the Calgary Hitmen (fourth overall) to compete against for another time this season, with the venue changing from the ice rink to the draft floor at the Sheraton Red Deer Hotel.

While those three teams will be altering the franchise two players have been challenging for the right to be called the first overall selection in the 2018 WHL Bantam Draft. Names like Mathew Barzal, Ryan Nugent-Hopkins, Ty Smith, and most recently, Kaiden Guhle, have been sounded out by WHL general managers. The buzz surrounding the draft has come down to two final names in forward Logan Stankoven and defenceman Carson Lambos.

It should also be no coincidence that the pair have both honed their game in the Canadian Sports School Hockey League (CSSHL). Now an annual supplier of top talent to WHL teams, Stankoven is a Kamloops, B.C. resident playing with the Yale Hockey Academy. Lambos, the 6-foot-1, 197-pound defenceman is playing with Rink Hockey Academy in his hometown of Winnipeg, Man.

“I really like Stankoven,” said Donnie Glennie, Manager – Hockey Operations for the WHL. “He just plays the game the right way; he doesn’t have an off-switch. He competes hard, he’s got oodles of skill. I think that he’s going to be a very impactful player in our league.”

While Stankoven represents the top-tier of forwards available, Lambos is a perfect option as well for defensive-focused clubs.

“I think we’re going to see three defencemen fall in the first 10 to 12 picks,” continued Glennie. “The first one off the board is going to be Lambos.

While the WHL Bantam Draft is completed in less than a regular work day, the process building to it has taken the scouts of all 22 WHL clubs thousands or hours and kilometres to view and assess talent, a facet of the draft Glennie says can often be overlooked.

“The scouts put in an incredible amount of hours,” he said. “Every team is different, but scouting staffs usually consist of anywhere between five and a dozen guys. You have your area scouts, you have your head scout and you have your director of player development and general manager.”

The talent in the draft also extended to the masked men between the pipes as Glennie had his sights on Calgary, Alta. product Marek Pocherewny as one of the top net minders available for selection.

“He plays for the Bisons out of Calgary,” said Glennie. “He’d be my top-ranked goaltender. I think that he has that chance at being a late first and definitely in the second [round].

“It just depends on a team’s goaltending depth and their need for a goalie.”

While there may be some consensus around the top few picks, players can see their value rise based upon team needs as the draft extends past the top-tier of the first round and into the further rounds.

“There’s lot of depth and there’s going to be some late-round steals,” continued Glennie. “I think that this year’s crop is very strong. The top half of the first round is very close.

“There’s a guys there that could [easily] become superstars in our league. There’s going to be a lot of good players out of that draft.”

Scouts have had chances to watch these players showcase their talent in league games and at provincial tournaments like last weekend’s Alberta Cup. With the province of Alberta producing the last three first overall picks, that streak may end come Thursday morning, but the events will always drum up plenty of interest.

Glennie has attended these events, sharing details of the WHL educational advantages, experience and the pathway to successful professional careers that has been built on the performances of so many before them. As a WHL Alumni himself, Glennie has been able to share personal examples of a day in the life of a WHL player, helping to prepare them for what lies ahead.

“The couple main things that I go out and do when I’m at these tournaments, is I really talk about unbelievable education scholarship that we offer if they don’t reach the professional ranks right away,” said Glennie. “I also like to tell kids about my own experience in the league.

“I tell them about a day in the life of a WHL player and how it works. I really just want to inform them about how good of a product we have, how many alumni from our league have gone to the NHL and why we’re the best development league in the world.”