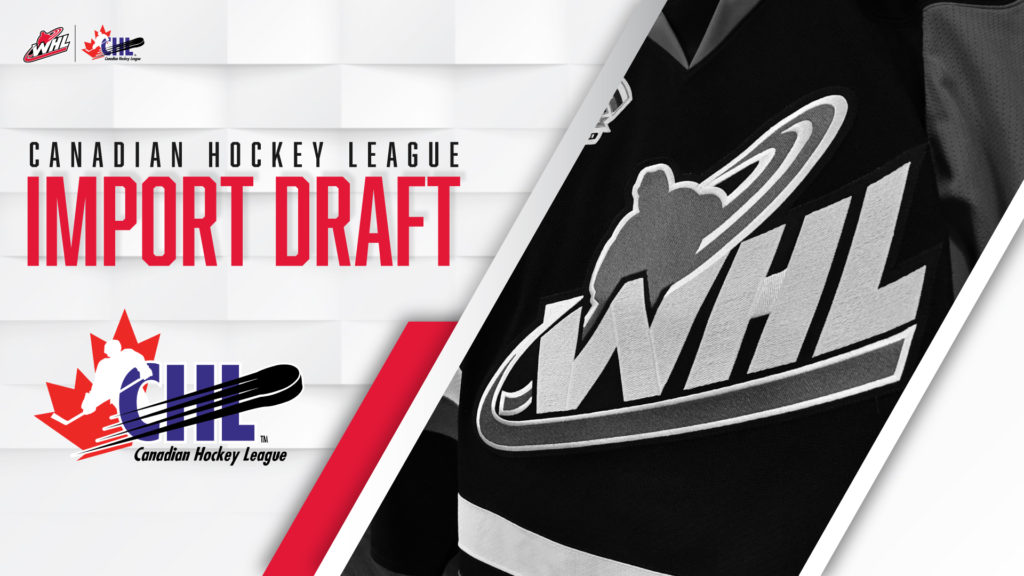 The two-round draft will take place online with the order of selection rotating through each of the CHL’s three leagues using an inverse order of final regular season standings within each league from the 2016-17 season.  The OHL’s Barrie Colts hold the number one pick, followed by the QMJHL’s Moncton Wildcats at number two, and the WHL’s Kootenay ICE who will select third overall.  Each team in the CHL is permitted to dress and play a maximum of two import players each season who are selected annually through the CHL Import Draft.

A total of 15 players acquired through the CHL Import Draft were recently selected in the 2017 NHL Draft including New Jersey Devils first overall pick Nico Hischier of the Halifax Mooseheads. Other first-round picks included Finnish defencemen Juuso Valimaki of the Tri-City Americans, selected 16th overall by the Calgary Flames and Henri Jokiharju of the Portland Winterhawks, selected 29th overall by the Chicago Blackhawks.

Last season a total of 79 players were selected from 11 different countries led by 24 players from Russia and consisting of 53 forwards and 26 defencemen.