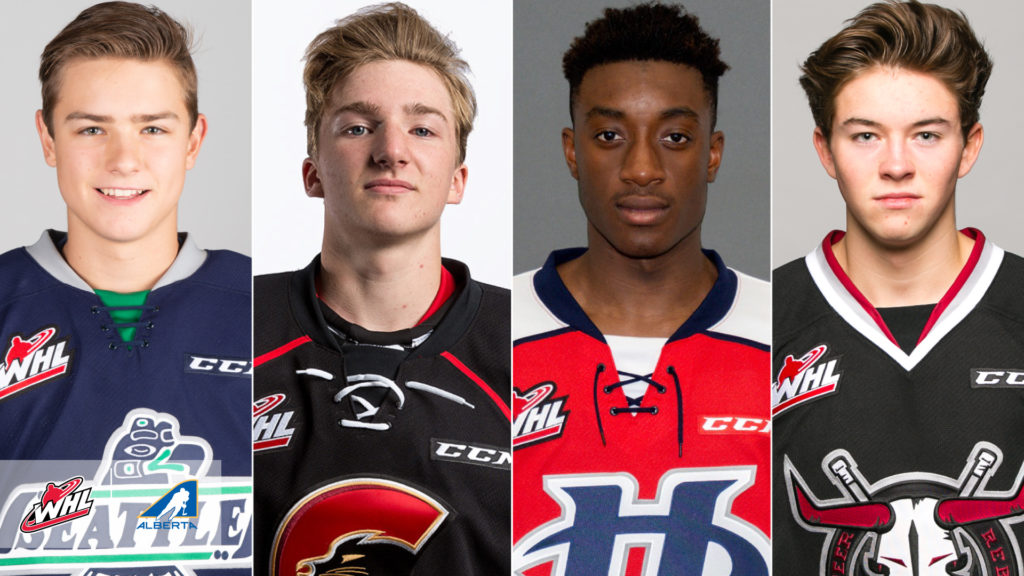 Led by 11 first-round selections from the 2018 Western Hockey League Bantam Draft, including first-overall selection Dylan Guenther (Edmonton, Alta. / Edmonton Oil Kings), 19 WHL players will look to guide Hockey Alberta to the top of the podium in men’s hockey at the 2019 Canada Winter Games on home soil.

Of the 20 players on the roster, 19 were selected at the 2018 WHL Bantam Draft, with 2019 WHL Bantam Draft-eligible forward Matt Savoie the lone exception on this year’s roster of 2003-born players. Of the 19 players, two are goaltenders, six are defencemen, and 11 are forwards.

Alberta will be looking for a strong performance at the tournament after a silver-medal finish at the 2015 edition of the games in Prince George, B.C. Alberta has won a medal a seven-straight Canada Winter Games dating back to 1991, but hasn’t won gold since 2003. Back then, future WHL stars like Devan Dubnyk, Kyle Chipchura, Mark Fistric, and Wacey Rabbitt among others led their province to a gold-medal result.

Alberta will begin their tournament Saturday, February 16 (7:30 p.m. MT) against Saskatchewan, followed by games against Manitoba and British Columbia.